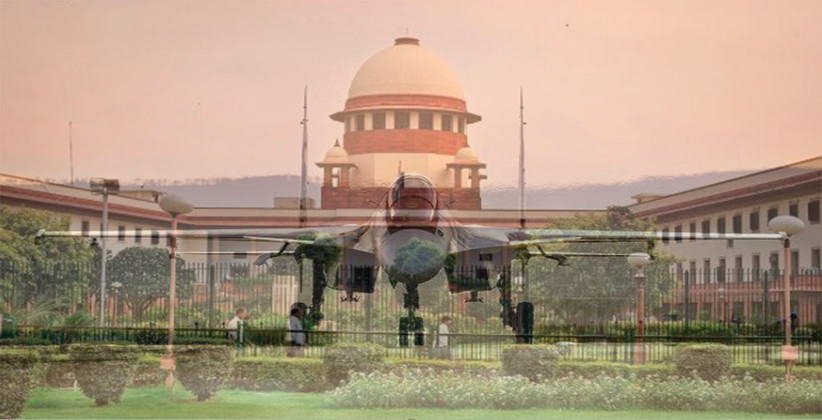 The application was filed under Section 340 of the Code of Criminal Procedure, 1973, for initiation of proceedings under Section 195 of the Code for offences punishable under Section 193 of Indian Penal Code, 1860. The applicants presenting in a tabular format, the false statements made in the sealed cover by the Central government and how the same influenced the judgment of the court have stated that “information that has come into the public domain after the judgment of Hon’ble Court was delivered prima facie shows that government ‘misled’ the Hon’ble Court on various counts and the basis of the judgment of the Hon’ble Court is more than one untruth submitted by the government and suppression of pertinent information. The untruths and suppression of information in the ‘notes’ constitute perjury and also contempt as the ‘notes’ were submitted pursuant to the orders of the Hon’ble Court.”

Further, the applicants submitted that it is of paramount importance that persons who misled the court be identified and suitably dealt with, so as to uphold the sanctity of the judicial proceedings of the court. “Submitting untruths and suppressing information despite clear orders of Hon’ble Court is brazen and wilful,” the application states. In view of the above contentions, the petitioners have prayed for the following: Read the application below.