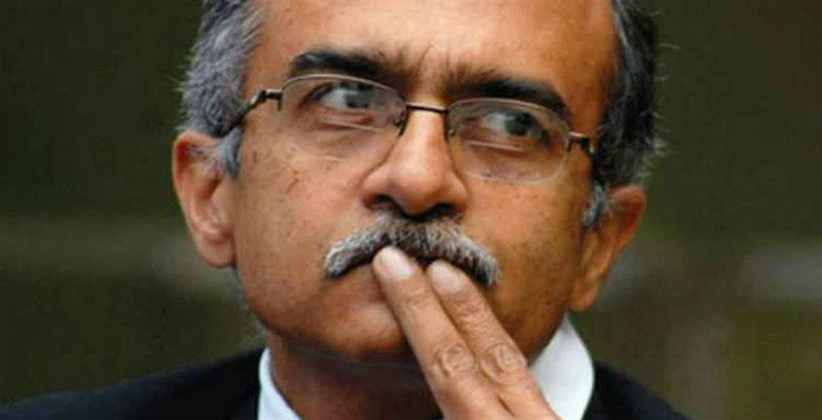 The Supreme Court in a suo motu criminal contempt case against lawyer Prashant Bhushan rejected his plea to adjourn the hearing on the quantum of punishment in the contempt case. The court gave the lawyer 2-3 days to reconsider his statements about the institution and the CJI.

This adjournment plea came in response to the August 14 verdict holding Bhushan guilty of contempt. He said, "I do not ask for mercy. I do not appeal to magnanimity. I am here, therefore, to cheerfully submit to any penalty that can lawfully be inflicted upon me for what the Court has determined to be an offense, and what appears to me to be the highest duty of a citizen."

Advocate Dushyant Dave on behalf of Prashant Bhushan submitted that they are intended to file a review petition against the August 14 judgment within the stipulated 30 days’ time as provided under Order 47 of the Supreme Court Rules of 2013.

A bench of Justices Arun Mishra, BR Gavai, and Krishna Murari said sentencing will not be implemented until the review petition is decided. “We assure you that it (punishment) won't be in operation till the review is decided. Don't worry, we will be fair to you... Even if you are not fair to us”, Justice Mishra said. “We assure you will not do anything to defeat your right of review. We are not proposing to defer the sentence hearing”, he added.

While noting that the review petition is yet to be filed, Justice Gavai claimed that it appears that Bhushan will file the review only after one of the judges in the bench retires, referring to the retirement of Justice Mishra on September 2. In reply, Advocate Dave denied the claim and asserted that there is a statutory limit of 30 days. He said, “It is not necessary that this very bench should consider the sentence.”

Senior Advocate Rajeev Dhavan, also representing Bhushan, while supporting Dave’s statement told the judges, "I just want to say, at the Bar, we take our judges as they come, we don't go Bench hunting. It is immaterial if a judge is retiring".

Rajeev Dhavan questioned how Bhushan’s tweet about a photograph of Chief Justice of India and stated that "It must be shown that that the act of contempt must “substantially interfere with the administration of justice according to Section 13 of the Contempt of Courts Act.

In his statement in response to the apex court’s verdict, Bhushan stated that “I am pained at the verdict that the Court held me guilty. I am pained that I am grossly misunderstood. I am shocked that the Court arrived at the conclusion without providing any evidence about my motives...I believe that open criticism is necessary in any democracy to safeguard the constitutional order. Saving the constitutional order should come above personal or professional interests. My tweets were a small attempt to discharge what I consider my highest duty...”

Attorney General KK Venugopal was sought by Justice Mishra to present his views on the statement made by Bhushan, and whether he should be given more time. In response, he said that it would be "tremendously good" if Bhushan is given some time.

The Supreme Court’s August 14 verdict has received much criticism from the bar, both in India and abroad. Former Supreme Court Justice Kurian Joseph had also shown his dismay on it.