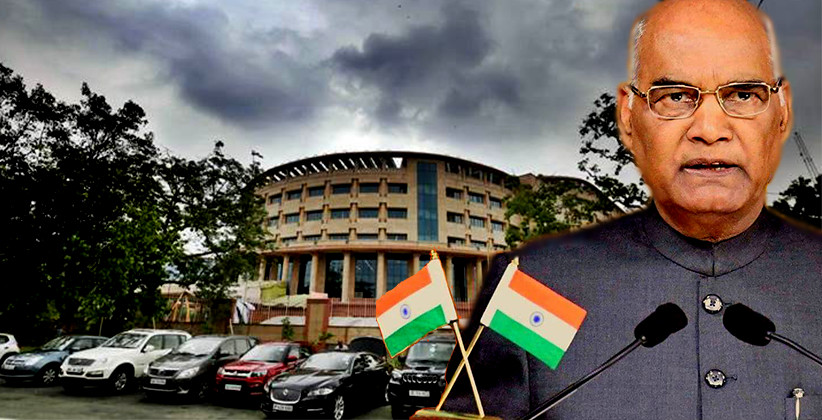 During the inaugural event, the Supreme Court judge Justice S.A. Bobde handed over to the President a copy of Supreme Court judgments translated into regional languages. This is part of the project to make the judgments of the Court available in vernacular languages to litigants who are not conversant in English.

The new building is situated on a land admeasuring 12.19 acres at Pragati Maidan and its Foundation Stone was laid in 2012.

The new court complex, which embodied new and contemporary technology, was built in order to cope up with the space constraints in the old court complex.

The building has five functional blocks and one Service Block. It will have a Judicial Block, Library, Convention Centre and Auditoriums. It will be used for offices, storage of records, library, auditorium/seminar hall, conference halls, litigants hall and parking. Importantly, it will house 258 chambers for lawyers.

Its rooftop solar power grid connected system has the maximum solar power capacity--1400 kWp (kilowattpeak)-- than any building in Delhi-NCR has till date. The grid is capable of managing 40 per cent of the peak consumption.

The building has three-level basements with parking space for up to 1800 cars.

Two sewerage treatment plants have been provided for wastewater recycling and reuse and there would be no municipal discharge.

The basements of the building are connected to the old complex of the apex court by three all weather underground passages.