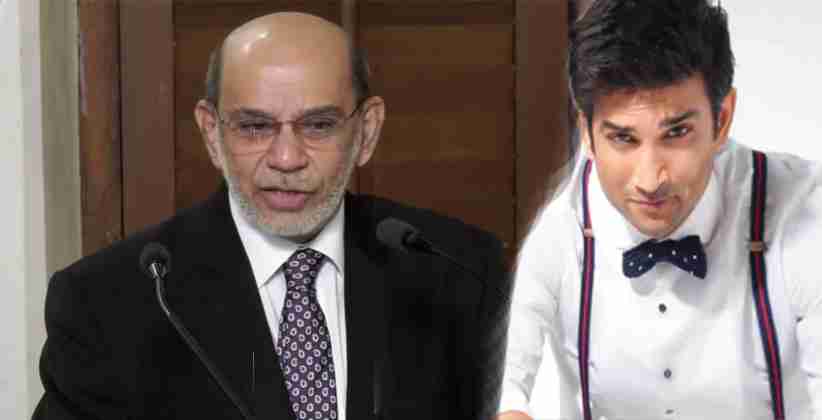 Senior Advocate Aspi Chinoy who appeared on behalf of ex-IPS officers objecting to the reporting in Sushant Singh Rajput’s death, stated before the Bombay High Court on 8th October 2020, Thursday that making prior judgments regarding a criminal case and holding someone guilty before the final verdict is given by the Court is a complete violation of the principles of a fair trial.

The Senior Advocate appeared physically before the Division Bench of Chief Justice Dipankar Datta and Justice GS Kulkarni representing a batch of petitions raising the concerns regarding the latest issue of media trial that took place in Sushant Singh Rajput’s death case. The advocate made his submissions with respect to the matter and referred to the guidelines issued by the Press Council of India, in the name “Norms of Journalistic Conduct” which clearly talked about investigative journalism in its provisions.

Chinoy stated, “We are concerned with a higher concept of administration of justice. I am not saying that the media should not report in any matter that has ongoing investigations but the manner in which the report goes, is often against the abovesaid principles.”

Chinoy further mentioned, “Reporting in a criminal case should not be about who should be held guilty and who should be arrested. If in reporting you pre-judge the person/ accused then you are crossing the line.”

The advocate cited a judgment of Delhi High Court, RK Anand v. Registrar supporting his arguments on media trials where he defined “media trials” quoting from the judgment-

“The impact of television and newspaper coverage on a person’s reputation by creating a widespread perception of guilt regardless of any verdict in a court of law. During high publicity court cases, the media are often accused of provoking an atmosphere of public hysteria akin to a lynch mob which not only makes a fair trial impossible but means that, regardless of the result of the trial, in public perception, the accused is already held guilty and would not be able to live the rest of their life without intense public scrutiny.”

Chinoy asserted, “You create a perception of guilt in the mind of people when it has not been established yet and the investigation is still going on. This pre-judging goes against the justice system. Campaigns were run by various TV channels stating arrest hashtag so and so… such things undermine the principles of a fair trial.”

Further, the Advocate even gave examples of countries like America and the United Kingdom where such kind of reporting would be considered as a grave mis-administration of justice, as this kind of partial media trial shapes the mindset of people against the alleged person which is not at all healthy.

At this juncture, News Broadcasting Standards Authority (NBSA) counsel Advocate Nisha Bhambhani intruded and stated that even NBSA has a certain set of guidelines on media trials and would like to support the allegations of Advocate Chinoy and file for same.

The Bench raised the query, “what about NSBA’s orders?”, where the Advocate Rajesh Inamdar who appeared for another petitioner for the matter informed that most of the news channels were not members of NBSA. Later, the counsel of NBSA, Advocate Bhambhani referred to the order of NBSA directing the channels Aaj Tak, Zee News, News 24, and India TV to air a public apology for insensitive reporting and sensationalizing the death of late actor Sushant Singh Rajput. NBSA has even directed Aaj Tak to pay a fine of Rs. 1 lakh for telecasting fake tweets regarding the same matter.

Justice Kulkarni further questioned advocate Bhambhani whether “an apology is sufficient for this act?”

Advocate Malvika Trivedi appearing for Republic TV intervened and said that there are many checks and balances taking place already. She even cited the Delhi High Court’s order in the case of Tablighi Jamaat for the same and licenses can be canceled but a gag order will also have a chilling effect.

The Chief Justice was not kind to so many interruptions and stated, “That is not Mr. Chinoy’s submission. The point is that nobody should be held guilty, is it the duty of media to advise the investigating agency who should be arrested?” CJ Dipankar Datta questioned Advocate Malvika Trivedi.

Further Advocate Chinoy continued and named the anchors of Times Now, Navika Kumar and Rahul Shivshankar, and averred that they crossed their line by reporting in the SSR matter and running some illicit hashtags pre-judging like #ArrestRhea.

“There is a dearth of Statutory provision in this context (media trials). It is not enough to say that Courts have repeatedly warned against media trials. We need specific guidelines for electronic media. When you make guidelines for the Press Council of India, why not make similar guidelines for broadcasting media on pre-judgments, etc. This matter should concern the court.”

Chief Justice Dipankar Datta further referred to a Supreme Court mentioning “Lakshman Rekha” for the media. Then, the Court asked the Additional Solicitor General of India, Anil Singh who appeared on behalf of the Union of India through I & B Ministry, to respond to the contentions of Senior Advocate Chinoy.

ASG Singh even pointed that an affidavit had been filed by the Under-secretary but Chief Justice Datta was not satisfied with the same and asked him to file another affidavit which addressed all the points of the petitioners raised by them recently. He said, “We don’t have much time left, we will resume hearing on Monday, we shall proceed for final hearing, so file a detailed affidavit.”

Advocate Rajesh Inamdar further gave another case of High Court passed on 3rd September 2020 which urges the media to restraint their shows and not hamper the investigation of the death of Sushant Singh Rajput. He said although the Court had not passed a gag order, media houses were definitely asked to maintain restraint from the concerned case on the same day itself and two news channels even ran a show with the #CantGagSSRCoverage.

The Court didn’t address the issue during the hearing and adjourned the case to the next hearing on October 12, 2020, Monday.

Thus, there are plenty of petitions being forwarded against media trials but this won’t limit the media from exercising their investigative reporting, and hence there is a need for a new set of guidelines which defines “investigative journalism” appropriately and draws a clear line between the appropriate journalism and inappropriate one. There should also be some defined fine imposed for such violation of privacy as well for interfering with their pre-judging means through their continuous reporting in the fair trial matter.