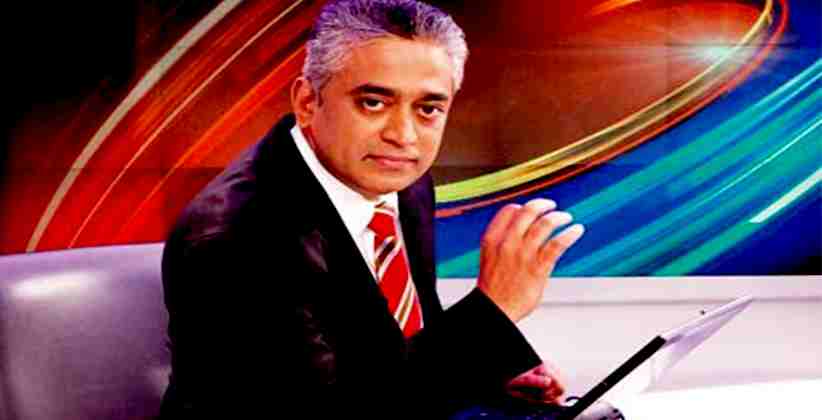 As the news regarding JNU student falsely being portrayed as an ABVP member by India Today came to light, another case of fake news has emerged. Rajdeep Sardesai in May 2007, then Editor-in-Chief, ran a program titled ’30 Minutes- Sohrabuddin, The Inside Story’ that showed IPS officer Rajiv Trivedi (Hyderabad Special Investigation Team then) had provided for cars with fake registrations to transport Sohrabuddin and his wife to Ahmedabad.

A criminal case against the former NDTV and CNN-News 18 journalist and others was filed before the Additional Metropolitan Magistrate, Hyderabad. The court then issued summons to face the prosecution as accused, which was challenged by Sardesai in Andhra Pradesh High Court. The High Court found merit in the lower court’s criminal case and therefore dismissed his prayer. He then knocked the doors of the Supreme Court seeking to quash the case on grounds of ‘freedom of press’.  The court rejected the argument and said that individual reputation is as imperative and cannot be crushed in name of freedom of press. The stay on the proceedings in the Sessions court was lifted and its last hearing took place on 15 November 2019.

The journalist could not provide cogent evidence regarding his claims and therefore after such a long legal battle he issued a unconditional apology to Rajiv Trivedi in an affidavit. He wrote, “there is nothing to substantiate the allegation that Vanzara and Pandian nabbed Sohrabuddin and Kauserbi in Bidar with help from S.P. Rajiv Trivedi from Hyderabad, Special Investigation Unit and hence it was a false news telecast about Shri Rajiv Trivedi, IPS.” The India Today journalist further writes that “there is nothing to substantiate the allegation that Rajiv Trivedi provided cars with fake number plates in which Sohrabuddin was brought to Ahmedabad and killed in a fake encounter which new telecast by about Shri Rajiv Trivedi, IPS was also false”.