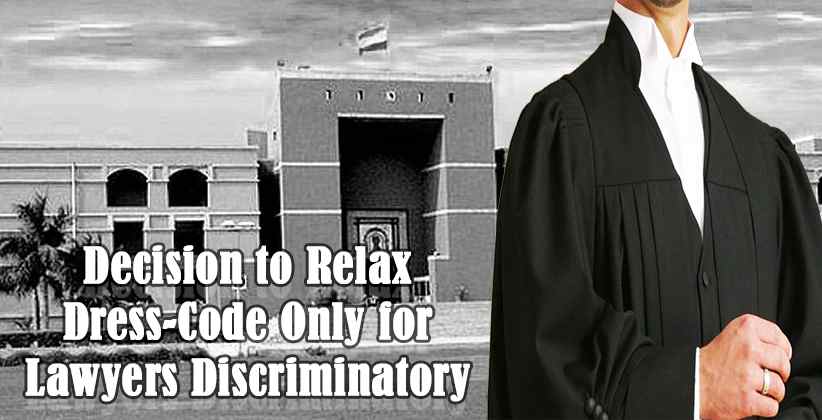 A retired group of Judicial officers in Gujarat State have written letter addressed to the Chief Justice of Gujarat and his brother judges on May 30, 2020, seeking relaxation in a dress code for judges of the subordinate judiciary in the line of relaxation granted to advocates, as a precautionary measure to contain the spread of COVID-19.

They had claimed in the letter that they had formed a formal Association for Judges for the Judicial Officers, whether in-service or retired from service and the aim and object to form this association was to collect information regarding difficulties/problems, discriminations and issues faced by Judicial Officers at various levels and make representations for the same before appropriate authorities with intention to resolve such issues so that Judicial Officers can work under healthy, uniform working atmosphere and to bring a feeling of respect and dignity among them.

But they claimed that as far as Coronavirus and its infection are concerned it does not make difference between Lawyers and Judicial Officers. In this light, they had drawn reference to the Chief Justice of India who had earlier observed that he was of the view that judges, lawyers should not wear jacket and gown for the time being as it "makes it easier to catch virus".

Aggrieved by differentiation done to the judicial officers, they wrote in the letter that,

“We undersigned are painfully surprised that such precautionary measure of protection to Judicial Officers of Subordinate Courts, to contain the spread of Coronavirus (Covid19) among them, is not considered at par with the Advocates while issuing this circular. This has brought a feeling of discrimination in the minds of Subordinate Judicial Officers and their family members.”

In this light, they requested Judges of the Gujarat High Court to direct the concerned branch to issue similar circular and give relaxation to Subordinate Judicial Officers from wearing black coats as a precautionary measure to contain the spread of Coronavirus (COVID-19).

Earlier on May 13, 2020, the Supreme Court was the first to notify after considering the medical advice, as a precautionary measure to contain spread of Coronavirus (COVID-19) infection, that the advocates may wear “plain white-shirt/white-salwar-kameez/ white saree, with a plain-

white neckband” during the hearings before the Supreme Court of India through Virtual Court System till medical exigencies exist.

COVID-19 Lockdown 5: Unlock No 1; Here Is A What All You Can Access [READ ORDER]