Reservations in India: The way forward 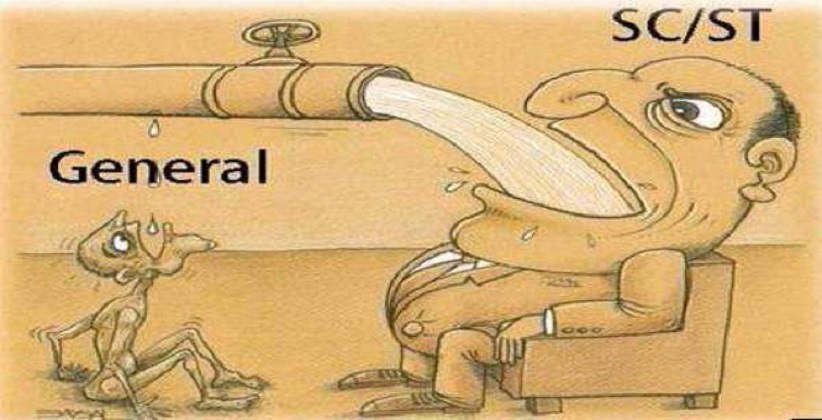 India being a democratic country, our constitution grants us the right to freedom and equality of status and opportunity. Under the directive principles, it is the duty of the State to ensure that equality prevails in all sections of the society. But can we really claim that we are living in an equal society?

Started with an intention to implement the system for only ten years, the system is still continuing, and now it has become a roadblock to equality, the basic structure of the Indian Constitution.

Now the biggest question that we all need to ask ourselves is whether implementing the reservation system is really helping the downtrodden or adversely affecting the general people.

After examining the current scenario, it could be clearly seen that the creamy layer is taking all the benefits of reservation and it isn't able to reach to the people who are actually in need of it, also affecting the people under general category. Somewhat it has become an instrument to plant casteism in the society by evidently dividing the people of this nation into Hindu, Muslim, SC, ST, and OBCs with newer reservations coming up for other different sections of the society like Christians, Jats, Gujjars, Tribals etc.

The 93rd Constitutional Amendment has allowed the Government to make special provisions for the "advancement of any socially and educationally backward classes of citizens", including an admission in aided or unaided private educational institutions. This resulted in reduced seats for the general category.

In the case of Balaji v. State of Mysore, it was held that caste of a person cannot be the sole criteria for ascertaining whether a particular caste is backward or not. Determinants such as poverty, occupation, place of habitation may all be relevant factors to be taken into consideration. The court further held that it does not mean that if once a caste is considered to be backward, it will continue to be backward for all other times. The government should review the test, and if a class reaches the state of progress where the reservation is not necessary, it should delete that class from the list of backward classes.'

These days when a student applies for an admission into an educational institution or when he fills out an examination form, it always asks the category to which the candidate belongs rather than his/her merit. Reservation should be based only on the economic conditions of the candidate and nothing else or otherwise; it will only divide the society into more sections.

It is imperative to introduce some revolutionary changes in the reservation system of India. The reservation has just become a means to prosper the vote banks of politicians. Instead of good, the system is now hindering the country's growth. It is creating differences amongst the people in the face of casteism.

In a progressive judgment by the Delhi High Court in the case of All India Equality Forum & Others v. Union of India, the Court quashing the Centres office memorandum dated August 13, 1997, by which it had extended reservation in promotion to SC and ST staff beyond the 5 year period since 1993 stated that Any reservation extended to SCs and STs, without, in the first instance, conducting the requisite exercise of garnering quantifiable data, indicating inadequate representation, and juxtaposing, theyre against, the considerations of backwardness and overall efficiency of administration, would necessarily infract Articles 16 (1) and 335 of the Constitution of India and, consequently, be liable to be quashed. Consequent to this judgment, if any general category employee is found deserving, he may be promoted to the position which may stand vacated after quashing of the promotion of reserved category employee.

Reservation should be based on economic status rather than caste. The creamy layer should be filtered out so that people who are more disadvantaged regarding education, employment, property, and income could get the benefits. It is also essential to create awareness amongst the neediest section from within the reserved segment so that they could know how to avail the benefits that are given to them.