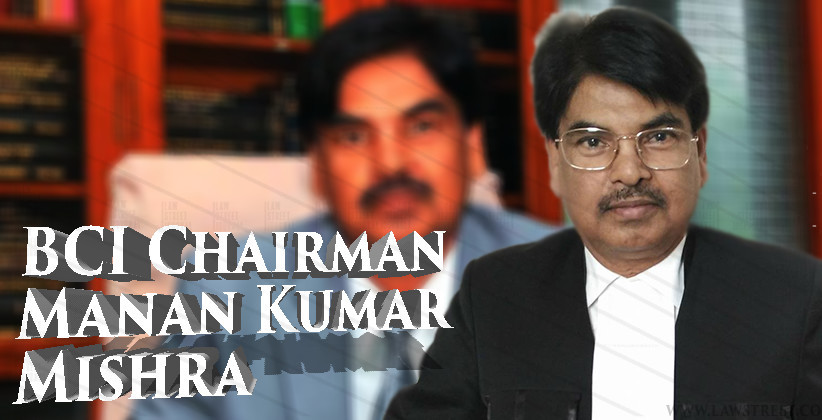 WOICE in Law (Women of India for Collaboration and Empowerment in Law) on May 15, 2019, have addressed an open letter to Chairman of the Bar Council of India (BCI) Manan Kumar Mishra expressing deep concern over his recent misogynistic, irresponsible, generalised, regressive, legally and statistically uninformed statements.

In the open letter, the lawyers have stated that “…we have lately watched with deep concern, as you have made several reprehensible public statements which demonstrate a serious lack of principled leadership of the Bar, and a glaring lack of commitment to basic constitutional values of equality and non-discrimination, not to mention a glaring violation of your duties, as a lawyer, towards the pursuit of justice.”

The letter criticizes Mishra’s recent call for support of a “Men Too” silent protest as well as certain statements made by Mishra in his earlier “Appeal to the Members of the Legal Community”.

Further, the letter also stated that the Chairman has abused his position by using the letterhead of the Bar Council of India and addressing the appeal in his capacity as the Chairman of the BCI.

In view of the above, the lawyers sought from him to immediately, publicly retract the said Appeal, and to express public regret for the irresponsible, retrograde statements perpetuating misogynistic stereotypes.

The lawyers have also called upon him to step down from the position as Chairman of the BCI in light of his failure to provide principled leadership to the bar.

Section 138 NI Act: Delay In Instituting The Complaint Can Be Condoned If Sufficient Cause Is Shown In The Complaint: SC