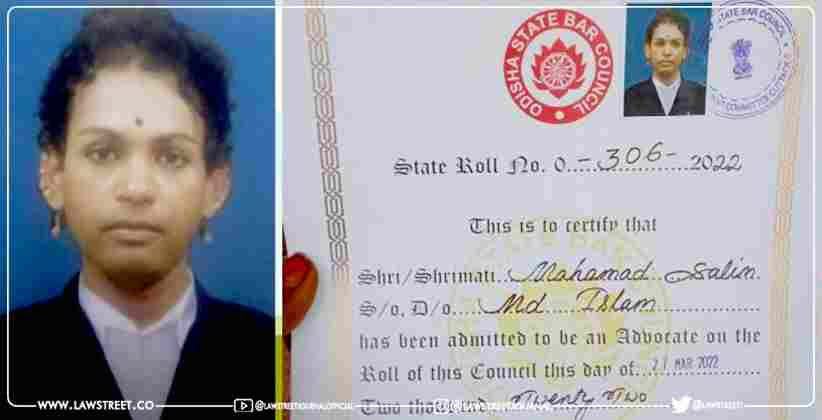 Mohammed Salim has scripted history. On 31st March 2022, Salim, now known as Salma Begum, became the state's first transgender lawyer to get registered at the Odisha Bar Council and is awaiting a chance to practice at Barbil Court.

Born in Bhuyanroida, under the Joda block of Keonjhar, Salim was a woman trapped in a man's body. It was in 2015 that Salim decided to come out in the open after meeting a transgender group. After completing graduation, Salma got a law degree from Pravas Manjari Law College, Keonjhar, in 2021.

Salma said that "After the Transgender Protection Act 2019 came into effect, I got my Aadhaar card. That gave me confidence to do something & I decided to study law with a hope that one day I will practice at Barbil Court".

Some years back Salma had shot into the limelight after applying for the post of sub inspector of police. While the result is still awaited after the process got delayed, she took up law. Salma appealed to parents to accept their children as they are.

Salma added that “Despite the social stigma, we have to live without caring for the vile comments & neglect tat we get from society. Hence, it is more important for parents to support their children to take on the world".