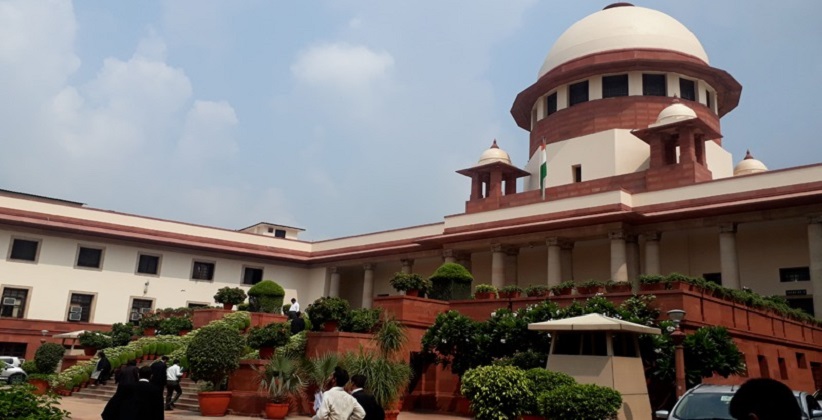 A committee was formed on 22nd July to look into the possibility of resuming physical hearings. They said that decisions in this regard had to be guided by a holistic assessment of the situation based on medical advice and also taking into account the safety and health of lawyers, judges, litigants, and court staff.

On 24th July, the Judges Committee during an interaction with office bearers Supreme Court Bar Association (SCBA), Supreme Court Advocate on Record Association (SCAORA), and Bar Council of India (BCI) had expressed that they were fully conscious and deeply concerned about the difficulties faced by the lawyers and were anxious to gradually restore normalcy in physical functioning.

The Committee had also assured that inputs and suggestions of these bodies would be duly taken into consideration as regards timing and modalities. After considering several recommendations and suggestions received by them from advocate bodies and medical experts a 7 Judges meeting was held on 11th August in which it was decided that physical hearings were to be resumed in a limited scope from 1st September, subject to the decision of the 'competent authority'.

The decision of the committee was clarified by the Supreme Court Registry by saying that "on an experimental basis, and as a pilot scheme, three amongst the Court Rooms maybe got prepared, within a week's time through concerned agencies, strictly adhering to the prescribed distancing and other norms and as per medical advice with regard to the proper infrastructure required in these Court Rooms.” It had also been clarified that only specific matters would be taken up for physical hearing while miscellaneous matters would continue to be heard through virtual means.

The fundamental requirement to move forward with this decision of the 7 Judges committee was having written consent from all stakeholders expressing their willingness to appear physically in the court but it was not fulfilled. Merely 4-5 lawyers gave their consent in favor of this decision to attend court hearing physically.  Despite the plight of lawyers, clerks, and other court staff being raised as the most prominent ground to restore normalcy in the functioning of courts, it appears that the Advocates appearing in Courts themselves are unwilling to take such a risk just yet.

Sr. Adv. Jaideep Gupta while speaking to Livelaw on this decision said that "the anomaly here is that the Bar bodies are claiming overwhelming support for physical hearings, but the people actually working in court seem to be backing out". He, being one of the members who consented for physical courtroom hearing said that "The courts are a very dangerous place because there is no restriction on people moving around the campus. But I consented to a physical hearing since when an opportunity is available for the client, I don't want to delay his case.”

Some advocate who just started practicing also expressed their view on the decision. One of the Advocate Priyadarshi Banerjee said that Yes, VC proceedings are inadequate, and work is surely suffering. But it is just unsafe, to be frank! However, if the Court believes it's time to reopen then I like the idea of it being optional. However, really cannot blame anyone if they refuse consent in the present situation. I am guessing everyone is waiting for a vaccine to come.”

Another such Advocate IrshanKakar said that “Yes, work is down as regular hearings are all being adjourned, bills are stuck and clients are wary of starting new litigation. I guess physical hearings would improve matters, but it would do equally well if they start hearing regular matters apart from just urgent matters through virtual means. The Hon'ble judges are hearing over 1000 cases during lockdown which is appreciable, it shows the success as well as the potential of this medium.”

Advocate Ashish Virmani, an independent practicing lawyer for some years has also claimed that "Lawyers have given resounding support to VC hearings by not giving consent for physical hearings, and rightly so. The time has come, albeit forced on us, to evolve into a fully online Court system with even sensitive matters being heard through VC, with cooperation, support, and patience from both the bar and the bench.”

It is evident that very few advocates consented for physical courtroom hearings and are not ready to risk their lives despite the infrastructure being set up and instructions of the Committee being strictly followed. Therefore, it is unlikely that physical hearing inside courtrooms would be resumed from 1st September.