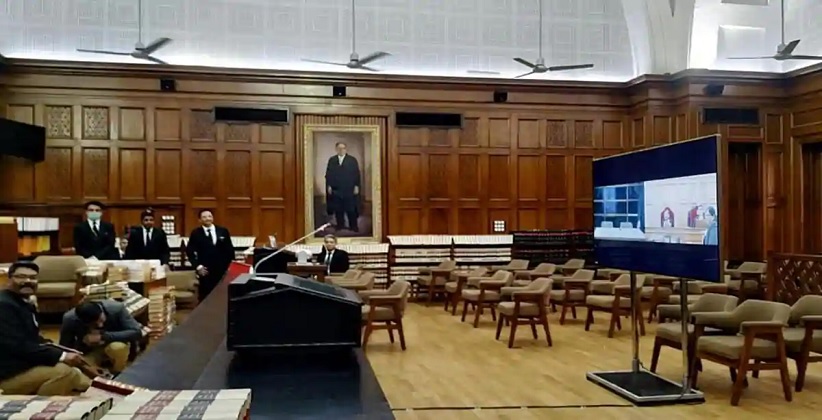 The Supreme Court started hearing cases through video conference on March 23, a day before Prime Minister announced the Complete Lockdown in the view of COVID-19 pandemic, the court also issued a notice on August 23 suspending entry of lawyers and litigants in the court and only the urgent and the important cases will be heard through video conference during the lockdown.

The hearings of the top court are conducting through the Vodyo app, a video conferencing app, which can be downloaded on phone and desktops and is hosted on the server of the National Data Centre of National Informatics Centre.

The court has disposed about 4,300 cases during this period and nearly, 3,419 are connected cases, that is a case involving the same which are heard along with the main case.

The summer vacations were also reduced from 7 weeks to 2 weeks this year to make up for the reduced cases which are being heard through video conferencing.

The Apex Court is expecting to resume the physical hearings of the cases in the coming days with proper precautions and safety measures.

VidyoConnect™ is an enterprise meeting solution for team collaboration.

Stay connected and engaged on-the-go. With a powerful and intuitive user experience from your Android phone or tablet, VidyoConnect delivers the reliability, ease-of-use, and rich features needed for productive face-to-face video meetings.

National Data Centre of National Informatic Centre is an attached office under the ministry of electronics and information technology in the Indian Government. It provides infrastructure to help support the delivery of government IT services and the delivery of some of the initiatives of Digital India.