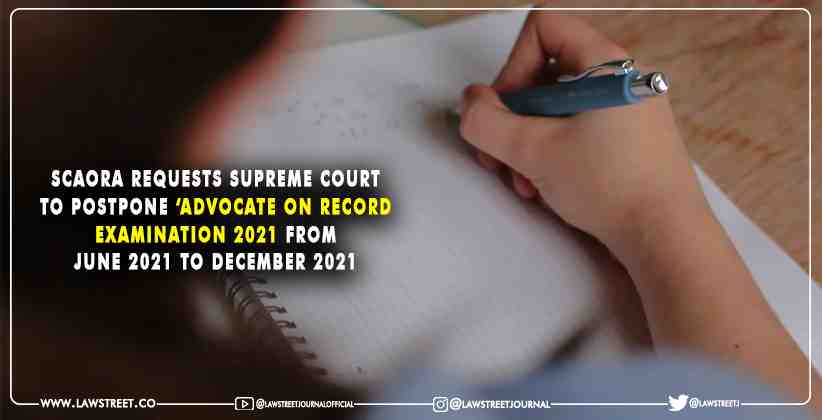 In a letter written by Dr. Joseph Aristotle, Hon. Secretary, SCAORA, addressed to Rajesh Kumar Goel, Registrar & Secretary, Board of Examination, Supreme Court of India, it was requested that the Advocates On Record Examination be postponed to December 2021.

It referred to Rule 1 of the Regulations regarding Advocates-On Record Examination, which states that ‘The examination shall be held under the general supervision of a Committee of three judges of the court to be appointed by the Chief Justice of India and to be designated as the Examination Committee: unless otherwise specifically ordered by the said committee the examination will be held twice a year preferably between May and December.'

In an earlier notification issued on March 26th, 2021, the Supreme Court notified that the Advocates-On-Record Examination-2021’ will be held in the Supreme Court Premises on 8th, 9th, 10thand 11th June 2021, which was later updated by another notification issued on April 24th, 2021 extending the date of Submission of exam application form to May 1, 2021.

Contempt Actions will be taken against persons indulging in black-marketing of essential drugs and equipment for COVID treatment: Delhi High Court