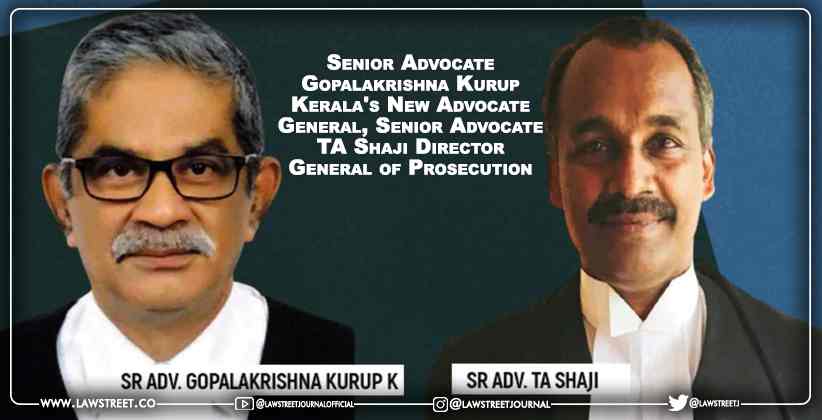 On May, 20, 2021 Senior High Court Lawyer K Gopalakrishna Kurup was appointed as the advocate general by the newly-elected LDF government in Kerala led by Chief Minister Pinarayi Vijayan. He succeeds Senior Advocate CP Sudhakara Prasad, who offered his resignation on May 20,2021.

Senior advocate K Gopalakrishna was born in 1953. He was registered as an advocate on September 20, 1976. He began his practice at Kottayam in 1976, attached to the offices of late M Thomas, ex MLA, and advocate K George. He later moved his practice to the Kerala High Court in 1984. He worked as junior to late advocate N Raghavakurup, ex MLA until 1991.

He has prior worked as a State Prosecutor for the Kerala government between 1999-2001. He has also worked as the Standing Counsel for the Mahatma Gandhi University (1998-2002), the Thiruvananthapuram Corporation (1993-1999), and the Cochin Devosom Board (2008-2010). In 2005, he was chosen the President of the Kerala High Court Advocates Association. He was also assigned a senior advocate on July 29, 2010.

Senior advocate TA Shaji had graduated from Ernakulam law college and had been practising as a lawyer at the Kerala high court since 1986. He was designated as a senior advocate by the high court in 2012. He was serving as the standing counsel of Kerala Bank and Regional Cancer Centre.

He has more than 34 years of practice in the legal profession dealing with criminal cases at the trial courts and the High Court. He has impressive experience dealing with constitutional as well as cooperative society matters.

He has also worked as the Faculty Member for the Training Directorate under the High Court of Kerala and has given a few academic discourses in criminal.