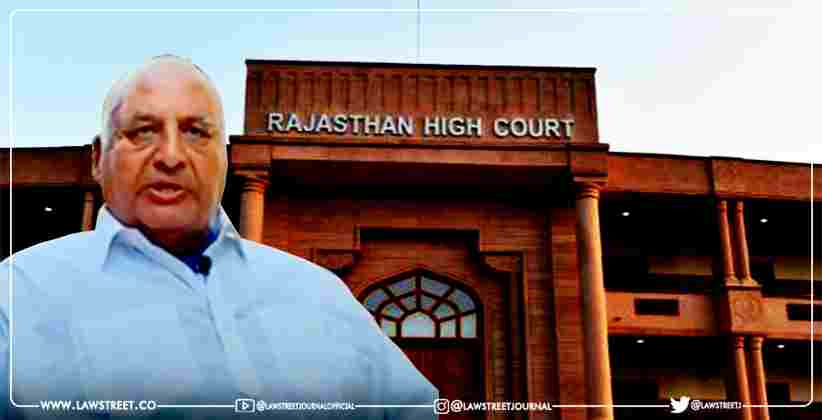 Sukhdev Vyas, a senior advocate of the Rajasthan High Court, died on Tuesday.

The Senior Counsel collapsed on the grounds of the High Court.

Also lawyers have abstained from work for the day as a show of respect to the late Senior Advocate Sukhdev Vyas. Chandra Shekhar Kotwani, the Election Officer, wrote to the Registrar General of the High Court, informing him of the situation.

"In this moment of grief, the entire members of the Bar as a mark of respect to departed soul will not work in the Court today," the letter read.

Therefore, lawyers would not be able to appear before the High Court and subordinate Courts as a mark of respect, the communication said.

Team LawStreet pays its heartfelt condolence to the departed soul. May his soul rest in peace.