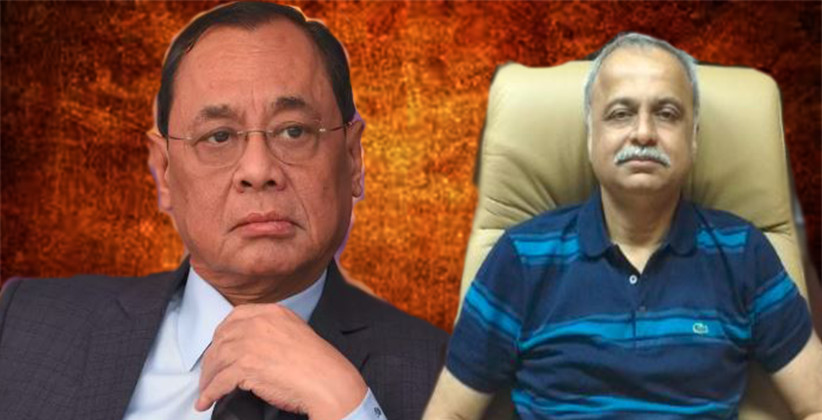 Senior Advocate Yatin Oza, President of the Gujarat High Court Advocates Association, has written an open letter to the Chief Justice of India Ranjan Gogoi in the wake of sexual harassment allegations against him.

In his letter, the Senior Advocate has criticized CJI Gogoi for sitting on the Bench in a case which personally interested him. He said that “It clearly gave an impression that sitting on the dais and on the pious chair of the Chief Justice you utilized the same for proving your innocence before the nation through the media.”

"It is the misfortune of this country that every time when serious allegations are made against the people holding the high of highest constitutional office, the females/victims are always looked at with contemptuous eyes and the law which otherwise has been laid down to deal with this type of cases is being a complete go by,” he has said in the letter.

In the letter, Oza also questioned CJI Gogoi on the return of the income of his son and son-in-law which runs into billions.

Further, continuing the letter, Sr. Advocate Oza, raised the issue of transfer of Justice Akil Kureshi from Gujarat High Court to Bombay High Court. Vouching for his honesty, integrity and character, Oza said that CJI Gogoi punished Justice Kureshi because he delivered two judgments, one, strongly to the dislike of the National President of the BJP and another, to the utter dislike of the Prime Minister.

He said that the transfer was protested by the Gujarat High Court Advocates Association, however, he called off the strike after his meeting with CJI Gogoi, who assured him to do the needful. But, the transfer of Justice Kureshi was not changed.

"You have no idea to what extent you have caused damage to the Gujarat High Court by doing so, which has resulted into a deep demoralizing impact in the minds of the Bar and the Bench. Judges are not afraid of the Government but they are afraid of you in as much as they believe that if we displease the Government, through you, the Government will punish them,” Oza said in the letter.