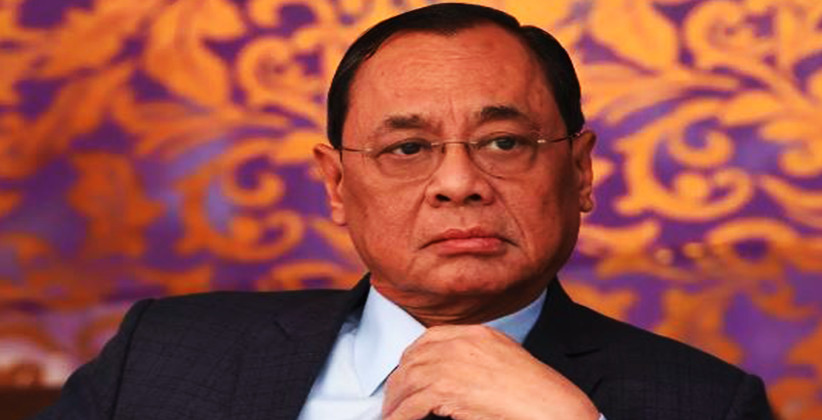 Legal Insiders Apr 23, 2019 Lawstreet News Network 3 Shares
3 Shares
The suo moto proceedings initiated by the Supreme Court in the wake of allegations of sexual harassment against Chief Justice of India Ranjan Gogoi, has been listed for hearing at 10.30 am today (April 23, 2019) before a new three judges Bench comprising of Justices Arun Mishra, Rohinton Nariman and Deepak Gupta.

On April 20, 2019, CJI Gogoi called an urgent hearing at 10.30 am after allegations of sexual harassment against him were published in the media. He denied the allegations levelled by the former Supreme Court staffer and further stated that “judiciary cannot be made a scapegoat”. Justice Arun Mishra, who along with Justice Sanjeev Khanna formed the CJI’s companion judges on the Bench, also termed the allegations both “wild and baseless”.

Also Read - Sexual Intercourse on The Promise to Marry Does Not Amount to Rape: Orissa HC [READ ORDER]

Following the hearing, the Bench passed an order, signed by only Justices Mishra and Khanna, stating, "Having considered the matter, we refrain from passing any judicial order at this moment leaving it to the wisdom of the media to show restraint, act responsibly as is expected from them and accordingly decide what should or should not be published as wild and scandalous allegations undermine and irreparably damage reputation and negate independence of judiciary. We would therefore at this juncture leave it to the media to take off such material which is undesirable." The fact that CJI Ranjan Gogoi had sat on the Bench in a case which personally interested him, had led to strong objections from various quarters. The Supreme Court Advocates-on-Record Association (SCAORA) had passed a resolution on April 22, 2019, to express “deep reservation” against the “procedural impropriety” shown by CJI Gogoi in the suo moto proceedings held on April 20, 2019. The association, in its resolution, has also stated that the allegations ought to be dealt with as per the procedure established by the law which should be uniform for everyone. The SCAORA along with Supreme Court Bar Association have called for a full court probe into the matter.

Judiciary May 29, 2020 Parth Thummar ( Editor: Ekta Joshi ) 182 Shares
182 Shares
A Single Judge Bench of Justice S. K. Panigrahi of the High Court of Orissa, Cuttack in its judgment delivered on May 21, 2020, in the matter of G. Achyut Kumar v. the State of Orissa had granted the bail to the accused holding that sexual intercourse on the pretext to marry later itself doesn’t amount to rape and the benefit of bail should be granted to the accused.  Background of the Case:The Appellant in the present case had sought bail from the Ld. Sessions Judge-cum-Special...
Read full post