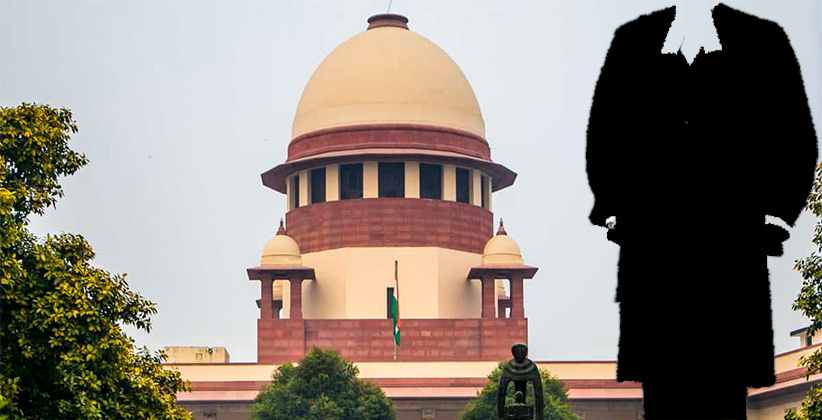 On 13th of May 2020, a circular was passed by Sanjeev S Kalgonkar, the Secretary-General of the Apex Court, which stated as follows: “As a cautionary step has been to taken to stop the spread of coronavirus infection under this difficult situations, the Competent Authority has been asked to direct that the advocates may wear ‘plain white-shirt,/white-salwar-kameez/white saree, and with a plain white neckband’ during the hearing before the Apex Court of India through Virtual Court System”.

Additionally, it was mentioned that this system will stay in place until the “coronavirus medical emergencies exist or any until further orders”.

According to the Chief Justice of India (CJI) Sharad Arvind Bobde, doctors have advised that wearing gown and coats can make it easier to catch the virus and this could increase the chance of spreading the infection to others.

The said notification was proposed on the lines of the CJI’s observations. It was shared on the Supreme Court of India’s website and was also served to the secretaries of The Apex Court Bar Association and the Apex Court Advocates-on-Record Association to ensure compliance.

In a recent instance, Chief Justice of India (CJI) and Justice Indu Malhotra and Hrishikesh Roy were not wearing their coats and gowns as they assembled for the hearing via video conferencing in the courtroom. This raised a few questions amongst the advocates, in response to this the said notification is said to have been passed.

The Supreme Court’s directive on the Dress Code was largely applauded by the legal fraternity and as a result, lawyers were seen flaunting the revised dress code without coats and gowns while appearing for hearings through VC in the courtroom.

Reason for Keeping a Person in Quarantine for 14 Days to be Justified: Delhi HC to State Govt