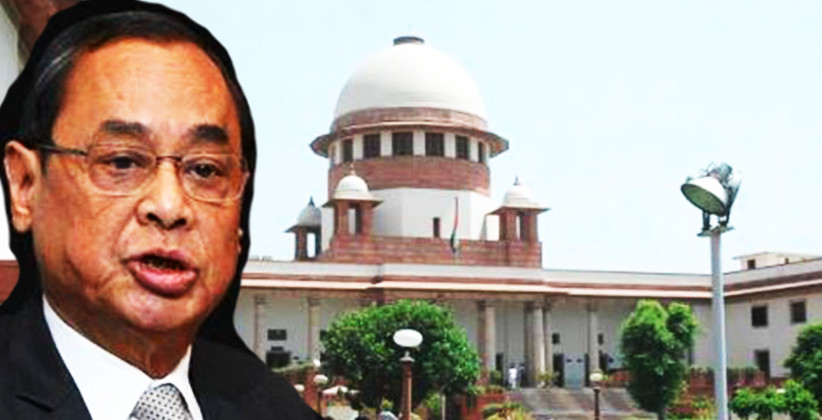 The Supreme Court Advocates-on-Record Association (SCAORA) in a resolution dated April 22, 2019, has expressed “deep reservation” against the “procedural impropriety” shown by Chief Justice of IndiaRanjan Gogoi in the suo moto proceedings held on April 20, 2019, in the issue relating to allegations of sexual harassment against him, by an ex-Supreme Court employee.

The association, in its resolution, has stated that the allegations ought to be dealt with as per the procedure established by the law which should be uniform for everyone.

“The allegations of the ex employee of the Supreme Court have to be dealt with as per the established procedure of law and the law must be applied in each and every case uniformly,” the resolution reads.

The SCAORA has called for an inquiry into the matter by a committee headed by the Full Court of Supreme Court to give an independent finding in the matter.

The resolution says, “It is, therefore, resolved that the Supreme Court Advocates on Record Association strongly disapproves the manner in which the complaint was dealt with and seeks inquiry and action in the above matter and further seeks immediate appointment of a committee headed by full court of Supreme court to impartially investigate and inquire into the allegations made against the Hon’ble Mr. Justice Ranjan Gogoi, and give independent finding in the matter.”

On April, 20 2019, CJI Gogoi called an urgent hearing at 10.30 am after allegations of sexual harassment against him were published in the media. He denied the allegations levelled by the former Supreme Court staffer and further stated that “judiciary cannot be made a scapegoat”.

Justice Arun Mishra, who along with Justice Sanjeev Khanna formed the CJI’s companion judges on the Bench, had termed the allegations both “wild and baseless”.