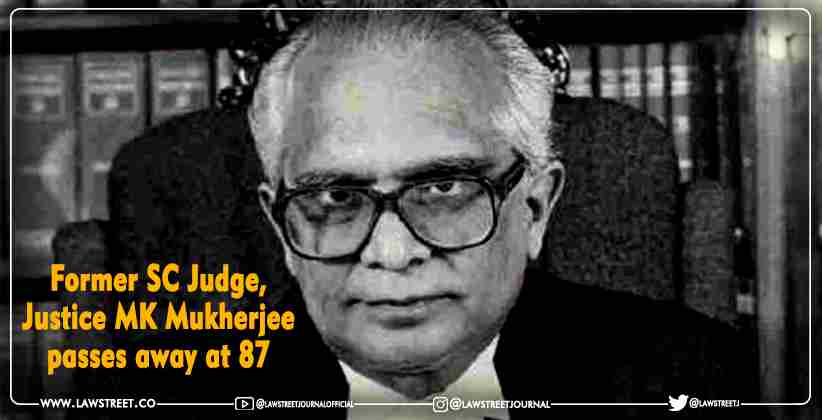 Former Supreme Court Judge, Justice Manoj Kumar Mukherjee passed away in a Kolkata hospital on Saturday, April 17, 2021. He was 87 years old at the time of his demise and had served as Chief Justice of both Bombay High Court and Allahabad High Court.

Justice MK Mukherjee was born in 1933 and had joined Asansol Bar in November 1956. After graduating in science from Presidency College, Justice MK Mukherjee studied law at Calcutta University. He enrolled himself as an advocate in 1962. Justice Mukherjee practised before the Sub-Divisional and District Court and Labour Tribunal till 1971 in the areas of criminal law and industrial labour matters.

He was designated as an additional judge of the Calcutta High Court on June 17, 1977, and was appointed as the permanent judge of HC on December 8, 1977. Justice Mukherjee was elevated to the Supreme Court on December 14, 1993, and his retirement followed on November 11, 1998.

In 1999, the Indian government appointed him as the chairperson of the panel constituted to inquire about Netaji Subhas Chandra Bose’s disappearance.