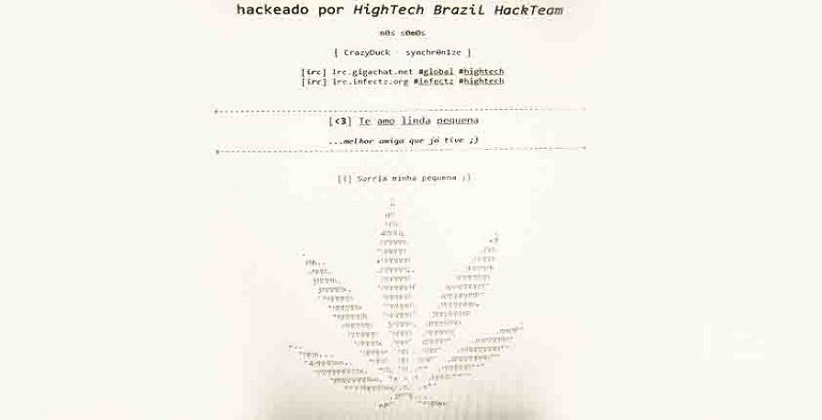 The Supreme Court of Indiaswebsite was hacked today, and HighTech Brazil HackTeam was suspected to be behind the attack. As the site displayed an image that resembled a marijuana leaf and said hackeado por HighTech Brazil HacTeam on top along with messages in Portuguese like 'I love you beautiful little girl' and 'Smile my little girl'. The website is currently under maintenance.

The hack came minutes after the Top Court dismissed pleas seeking an independent probe into the death of Justice B.H. Loya.

This is not the first time that the Indian website has been hacked, in January, suspected Pakistan-based operatives had hacked the website of National Security Guard (NSG) and posted anti-India content and comments against the Prime Minister of India.

Earlier this year, the government informed the Lok Sabha that over 700 websites linked to the central and state governments were hacked in the past four years.

These frequent incidents of hacking should be an awakening call for the government to improve the security measures in the virtual world.