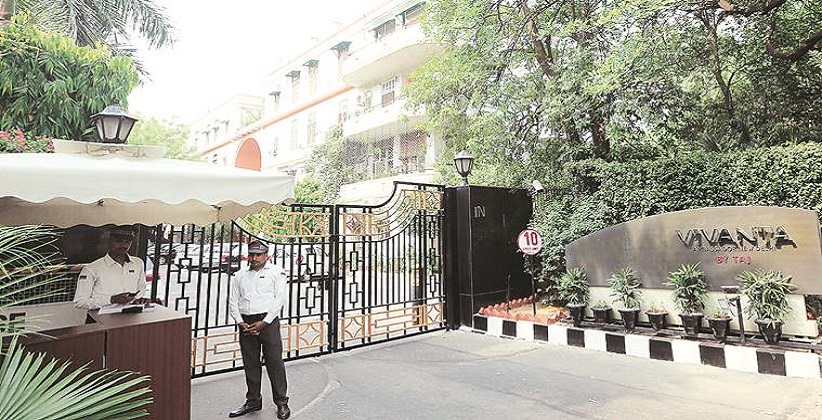 It is indeed as risky for a person to step into a manhole to unclog the dirty sewer lines in metro cities of India as it is for the security personnel who fights the insurgency in danger border areas. Over the last eight years, at least the death toll among sewer workers has started to converge with that of security forces deployed in the beleaguered state of Jammu & Kashmir.

Three men lost their lives due to asphyxiation, inside a sewer manhole while cleaning that sewer at Lajpat Nagar in New Delhi on August 06, 2017. The police booked the contractor under the IPC Section 304 (culpable homicide not amounting to murder) which can draw a jail term of up to 10 years.

Later the death toll of sanitation workers reached to 10 in the city sewers, though, the Delhi government had finally listed few safety measures to be taken up wherever mechanical cleaning would not be possible. Moreover, Lieutenant Governor of Delhi, Mr. Anil Baijal had ordered full mechanization of sewer cleaning in Delhi in a review meeting after another incident in which a sanitation worker died at Lok Nayak hospital.

However, Delhi Jal Board officials, further clarified that in places where machines could not be used because of space constraints, manual labour would have to be engaged in which the contractors will have to ensure the presence of senior officials to supervise the work.

The Public Works Department (PWD), issued a circular which listed safety measures to be adopted during manual cleaning of sewers.
It states that when workers are employed in sewers and manholes, the contractors will have to ensure that the manhole covers are opened and ventilated at least for an hour before the workers get allowed to get in. The area around manhole will also have to be cordoned off with railing and warning signals to avoid any road accident. Before the entry, the presence of toxic gases should be tested by inserting wet lead acetate paper which changes its colour in the presence of such gases. The presence of oxygen should be verified by lowering a detector lamp too. In any case, if no oxygen is found inside the sewer line than workers should be sent with an oxygen kit.

The PWD also directed that the area in charge should provide safety belts with rope so that if a worker is inside the manhole, such rope should be handled by two men standing outside to enable him to be pulled out during any emergency. They also asked its area engineers to keep air blowers for the flow of fresh air through the manholes while any such work is on.

To remind the horror of those sewer deaths, on April 29, 2018, around 11.30 AM, five persons got trapped in the sewage treatment plant of Taj Vivanta hotel where poisonous methane/hydrocarbon gas got leaked. Out of these five people, three are still in the ICU at Moolchand hospital and have been stated to be in critical condition. The two other patients were also in the ICU earlier but later had been shifted to BLK hospital.

Shockingly, the fifth person was the Deputy Chief engineer of Taj Vivanta hotel who went to see the incident and suddenly felt unconscious after which he was taken to RML hospital. He was kept in the ICU and later shifted to BLK hospital.

However, an FIR u/s 308 IPC has been registered against the persons and officials of Eco Pollutech engineers and Hotel Taj Vivanta considering responsible for the said incident. But the question arises that what is the role of the authorities that without their consent, permission, and assistance such cleaning process had been initiated. Will it be sufficient enough to take any legal action against the officials of Eco Pollutech and Taj Vivanta or the authorities concerned in this regarded are also liable of taking any legal action against them?