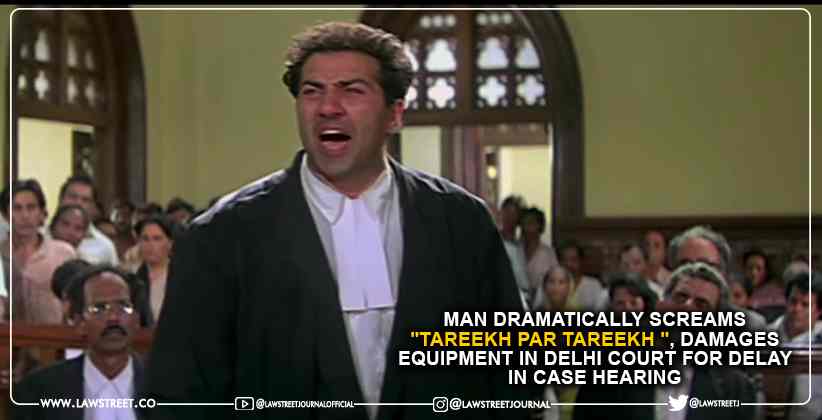 According to the report, the incident occurred on July 17, 2021 in courtroom 66 of the Karkardooma court complex in the national capital.

Named Rakesh, the man was apparently irritated that his case had been pending in court since 2016.

According to sources, he smashed computers and furniture while screaming "tareekh par tareekh," an iconic dialogue from Sunny Deol's Damini.

He also smashed the judge's dais inside the courtroom, according to the agency, citing police sources. The police apprehended him after the courtroom staff raised an alarm.

In the film, Deol, who played an advocate, was frustrated by the regular adjournments sought by the opposing counsel, played by the late Amrish Puri.

Before delivering the famous "tareekh par tareekh" line, Deol delivered a monologue about how regular court adjournments had hampered his client's fight for justice.

Meanwhile, Rakesh was arrested and brought before a magistrate, who remanded him in judicial custody, according to ANI.

The Delhi Police charged him with violating Indian Penal Code Sections 186 (willfully obstructing any public servant in the discharge of his public functions), 353 (assaulting or using criminal force on any person who is a public servant), 427 (mischief), and 506 (criminal intimidation).