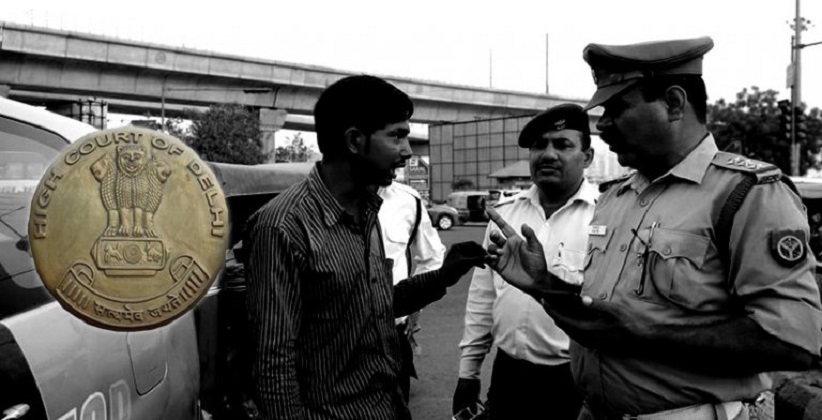 The Delhi District Court on July 26, 2019, launched a web portal to act as a Virtual Court where residents can make online payment against e-challans issued to them. With the online facility, the residents who have been issued e-challans for traffic violations will no longer have to visit the courts to deposit the fine.

The Virtual Court will be presided over by Ruchi Aggarwal Asrani, an officer of Delhi Judicial Service in Central District, Tis Hazari Courts.

“The day is not far away that we can hear the cases without going to court. But before that, there is some basic work to be done which includes e-filing and arguing cases without the files,” Patel said at the inauguration.

“The virtual court is a big milestone in the e-courts project. With the growing density of traffic and an increasing number of violations it will help people getting their fines disposed of sitting at home, without any requirement of visiting the courts,” a statement from the Delhi High Court read.

Available at https://vcourts.gov.in, the Virtual Court will cater to the traffic challans generated by the Delhi Traffic Police via the e-challan application. All traffic challans except those where the vehicle is impounded can be disposed of by making an online payment at the portal.

The fines generated through the e-challan application will be sent in a digital form to the court and all fines for a given day will reflect on the dashboard of the Virtual Court.

The court will then issue summons to the violator via an SMS and mail and will contain a link to direct the violator to the Virtual Court web portal. Thereafter, the violator can pay the fine online or can opt to contest it as per law.

The payment gateway is provided in collaboration with the State Bank of India. Payment can be made via credit card, debit card and/or online banking mechanism.

Upon payment of fine, an acknowledgement will be generated showing the disposal of challan and transaction number.