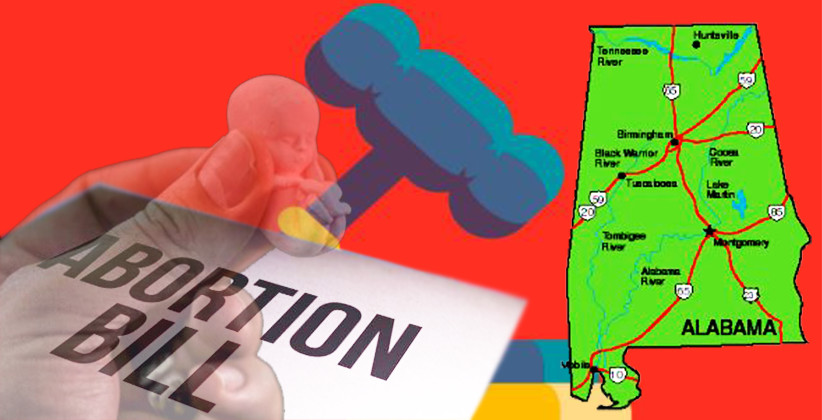 The southeastern U.S. state, Alabama on May 14, 2019, has passed a Bill to outlaw abortion, making it a crime to perform an abortion at any stage of pregnancy and punishable by up to 99 years or life in prison.

The legislation applying a near-total ban on abortion was approved by 25 votes to six. The only exception would be when the woman's health is at serious risk.

The Bill contains no exception for rape and incest.

The passage of the Bill challenges the landmark U.S. Supreme Court ruling in the case of Roe v. Wade (1973) whereby abortion was legalized nationally.

Arguing in favour of the measure and the omission of exceptions during the Senate debate, Republican Senator Clyde Chambliss said: "When God creates the miracle of life inside a woman's womb, it is not our place as human beings to extinguish that life."

Senator Vivian Davis Figures, one of just four women in the 35-member Senate opposing the move, said: "You don't have to provide for that child, yet you want to make that decision for that woman.

"It should be that woman's choice."

The Bill will now go to Republican Governor Kay Ivey for approval. After approval, the Bill would take effect in six months.

As per reports, this year a total of 16 states in the U.S. have introduced legislation restricting abortion rights.

DHCBA Election 2019: Canvassing In Any Form Is Prohibited From Now Onwards