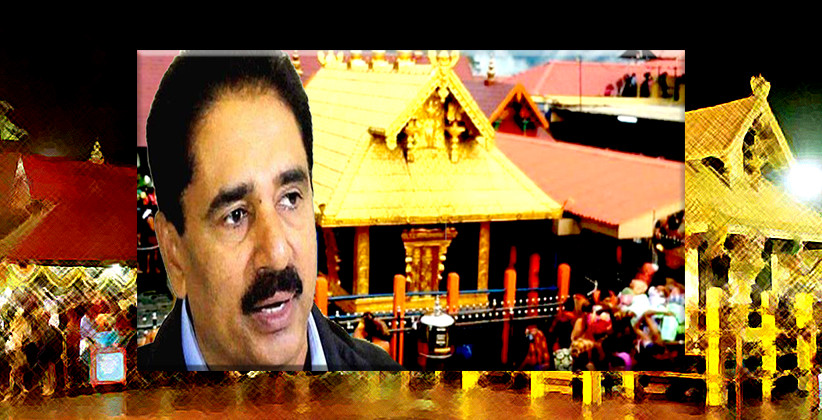 N.K. Premachandran, the Member of Parliament from Kollam (Kerala) on June 21, 2019, is set to move for leave to introduce a Bill viz. Sabarimala Sreedharma Sastha Temple (Special Provisions) Bill, 2019.

As per 'List of Business', the Bill seeks to provide for maintaining status quo on religious practices of the Sabarimala Sreedharma Sastha Temple, as existed on the 1st day of September, 2018.

On September 28, 2018, the Supreme Court by 4:1 majority has struck down Rule 3(b) of the Kerala Hindu Places of Public Worship (Authorisation of Entry) Rules, 1965, to allow entry of women, irrespective of their age, into the Sabarimala Ayyappa temple in Kerala.

The Constitution Bench held that Rule 3(b) of 1965 Rules which bars entry of women between the ages of 10 and 50 years into the Sabarimala temple is a clear violation of right of Hindu women to practice religion under Article 25 of the Constitution of India.

Soon after the verdict was pronounced, violence erupted between the devotees trying to enter the shrine and the political/religious groups resisting the entry of the women.

Looking for a way around the judgment, the Member of Parliament is bringing in legislative measures. However, time and again, the apex court including various other courts have observed that legislative route could not be taken to neutralize the effect of the judgment given after ascertainment of fact by means of evidence/materials placed by the parties to the dispute.

In a judgment delivered in September last year, the Supreme Court while setting aside Kerala Professional Colleges (Regularization of Admission in Medical Colleges) Ordinance 2017, had observed that the Judicial pronouncement, either declaratory or conferring rights on the citizens cannot be set at naught by a subsequent legislative act. The day is not far off when every judgment can be annulled, Justice Arun Mishra had remarked in this case.