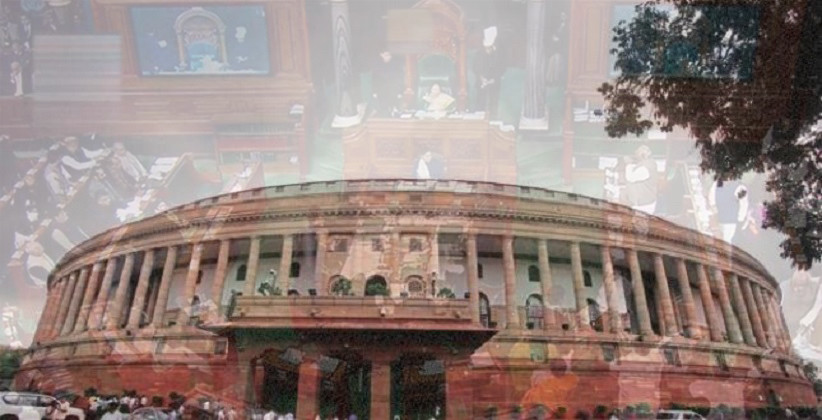 The Lok Sabha on January 8, 2019, passed The Constitution (One hundred and twenty-fourth amendment) Bill, 2019, to provide 10% quota in employment and education for the general category candidates who belong to the economically weaker sections.

The Bill introduced by Minister of Social Justice and Empowerment Thawar Chand Gehlot was cleared by the majority of the members (319) voting for it, and four against.

The Bill proposed to provide economic reservation in jobs and education by inserting clause (6) in Articles 15 and 16 of the Constitution of India.

To provide reservation in public employment, the proposed Article 16(6) enables State to make provision for reservation in appointments, or posts in favour of any economically weaker sections of citizens other than the classes mentioned in clause (4), in addition to the existing reservations, subject to a maximum of ten percent.

As per the Bill, the term “Economically weaker sections” for the purposes of Articles 15 and 16 mean such sections as notified by the State from time to time on the basis of family income and other indicators of economic disadvantage.

The Bill introduced on the last day of the winter session was questioned by the opposition for its timing and haste with which the government introduced the Bill.

Congress member K.V. Thomas said the Centre was hasty in introducing the Bill and accused it of bringing it in with an eye on the general election. Accusing the Centre of "butchering democracy" and saying that there was no time to even read the Bill fully. He said the Congress was not opposed to the Bill but wanted the measure sent to a Joint Parliamentary Committee.

As per the statement of objects and reasons of the Bill, economically weaker sections of citizens have largely remained excluded from attending the higher educational institutions and public employment on account of their financial incapacity to compete with the persons who are economically more privileged. Therefore, there is a need to amend the constitution to give them a fair chance of getting higher education and public employment, so as to fulfil the mandate of Article 46 of the Constitution of India.

The Rajya Sabha will take up the Bill on January 9, 2019, and if passed the Bill will change the basic structure to provide for reservation up to 60%.

A nine-judge Bench judgment of the Supreme Court in Indira Sawhney and others v. Union of India had capped the upper limit of reservation at 50% stating that “Reservation being extreme form of protective measure or affirmative action it should be confined to minority of seats. Even though the Constitution does not lay down any specific bar but the constitutional philosophy being against proportional equality the principle of balancing equality ordains reservation, of any manner, not to exceed 50%.”