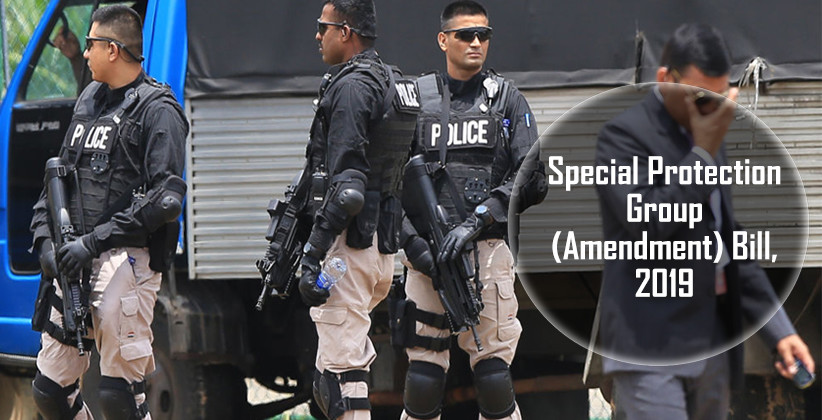 The Lok Sabha on November 27, 2019, passed the Special Protection Group (Amendment) Bill, 2019, which was introduced by the Minister of Home Affairs, Amit Shahon November 25, 2019.

The bill seeks to amend the Special Protection Group Act, 1988. Meanwhile, the Congress MPs walked out of the Lok Sabha in protest of the move claiming that the BJP-led Government has a political vendetta behind it.

While Amit Shah claims that the bill introduced amendments that will focus on the security of the Prime Minister in power, the Congress MPs alleged that the main agenda of the bill is to withdraw the highest level of security provided to the Gandhi family. They labelled this move as a downright disgrace for a family that lost two members in the service of this country.

Interestingly, highest level of protection will be removed from a family which has had two of its members assassinated before the public eye during the course of their tenure as Prime Ministers. Defending this tactic, Amit Shah was reported clarifying that protection is only being changed from an SPG cover to a Z plus security cover provided by CRPF along with Advance Security Liaison or ASL, and not being removed completely.

Post the passage of the bill, highest level of protection would be granted to former Prime Ministers after undergoing a scientific threat level analysis for a specific individual. The new amendment states that if a former Prime Minister is stripped of his SPG cover, so will his family members, which implies that if an ex-PM dies, his family members immediately lose the SPG cover.

Amit Shah was finally quoted saying that the SPG should not be treated as a “status symbol” for any individual in the society and is only meant for the Prime Minister in power who being the head of the Government is entitled to it. Allegedly, this amendment seeks to improve efficiency of the SPG cover for the PM in the interest of national security and governance of the country.