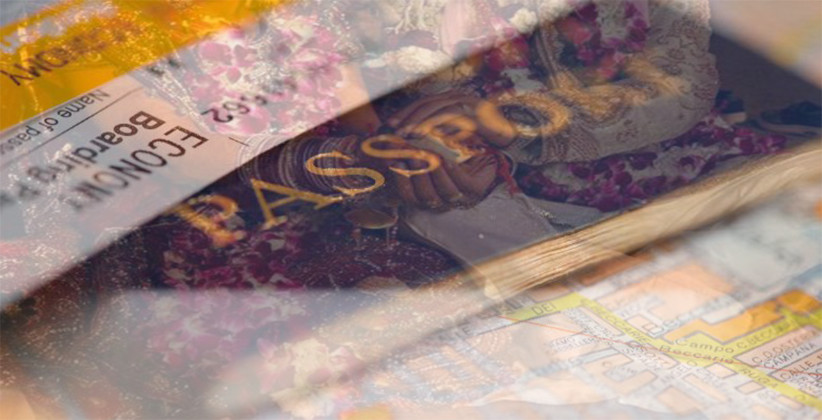 Legislative Corner Feb 12, 2019 Editor : Shreya Bansal 0 Shares
0 Shares
To create more accountability and offer more protection against exploitation of Indian women by their NRI spouses, a Bill has been introduced in the Rajya Sabha to make registration of NRI marriages compulsory within 30 days, failing which the groom may lose his passport.

External Affairs Minister Sushma Swaraj on February 11, 2019, presented The Registration of Marriage of Non-Resident Indian Bill, 2019, which is an outcome of a joint initiative of the Ministry of External Affairs, Ministry of Women and Child Development, Ministry of Home Affairs and Ministry of Law and Justice. As per the statement of objects and reasons of the Bill “There have been several reports of Indian women being trapped in fraudulent marriages with Non-Resident Indians. This has indeed emphasised the persistent need to build safeguards in order to protect those spouses from such situations. Therefore, it is necessary that the marriage solemnized or otherwise in India or outside India shall be registered within a period of thirty days from the date of marriage.”

With making registration of NRI marriages compulsory, the Bill also seeks to amend the Passport Act, 1967, and the Code of Criminal Procedure, 1973. The proposed amendment to the Passport Act would empower the Passport Authority to impound or revoke the passport of NRI, if it is brought to his notice that the NRI has not registered his marriage within 30 days from the date of marriage. The Amendments to CrPC, 1973, would empower the Courts for the issuance of summons, warrants through the specially designated website of the Ministry of External Affairs. It also provides provisions for attachment of properties belonging to the NRI, if he does not appear before the Court and is declared as Proclaimed Offender by the Court. It is expected that the Bill will provide greater protection to Indian women married to NRIs, who use marriages as a tool of exploitation. Read the Bill below.

Judiciary Nov 20, 2020 Atharwa Gauraha ( Editor: Ekta Joshi ) 4 Shares
4 Shares
On Wednesday, the Supreme Court issued a notice on a series of petitions questioning the election of Foreign Affairs Minister S. Jaishankar to Rajya Sabha from Gujarat. Senior advocate Kapil Sibal argued before a bench headed by Chief Justice S.A. Bobde and comprising Justices A.S. Bopanna and V. Ramasubramanian that the date should be set for the hearing of the matter. Congress chief Gaurav Pandya has filed one of the petitions against Jaishankar.The bench said in its order: "Delay...
Read full post