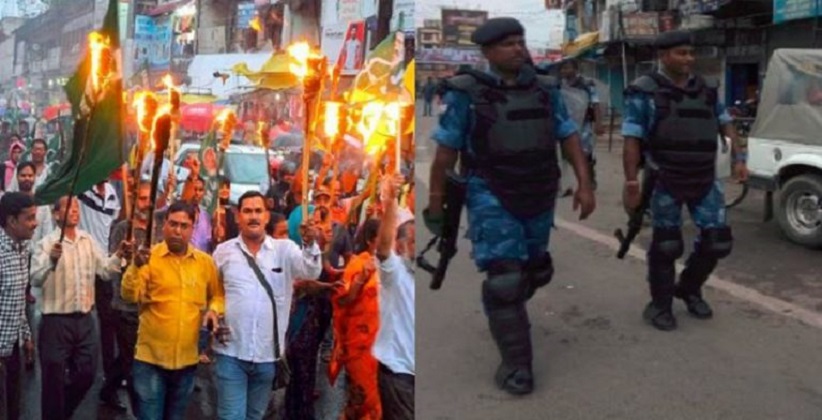 A State-wide bandh has been announced today (July 5th, 2018) in Jharkhand by Jharkhand Mukti Morcha (JMM) and other Opposition parties of the state to protest against the amendments in the Land Acquisition Bill 2013.

Hundreds of protesters were detained at different places across the state and heavy security has been deployed all around.

The bandh which has received wide support from Congress, Rashtriya Janata Dal (RJD) and Jharkhand Vikas Morcha (Prajatantrik) (JVM) has been called against the amendments to The Right to Fair Compensation and Transparency in Land Acquisition, Rehabilitation and Resettlement Act 2013 (Jharkhand Amendment) Bill which was introduced by the Raghubar Das (BJP-led) government.

The amendments provide for waiving-off a social impact assessment (SIA) for acquiring land in the state for educational institutes, home and other infrastructure developments which was mandatory in the Act.

The opposition has criticized the amendment saying it could lead to corporates easily acquiring land. Whereas, the state government supporting the amendment has said that SIA delays project and development.

DGP D K Pandey in his media brief on Wednesday said that about 5,000 policemen and magistrates had been deployed all over the state to maintain law and order.