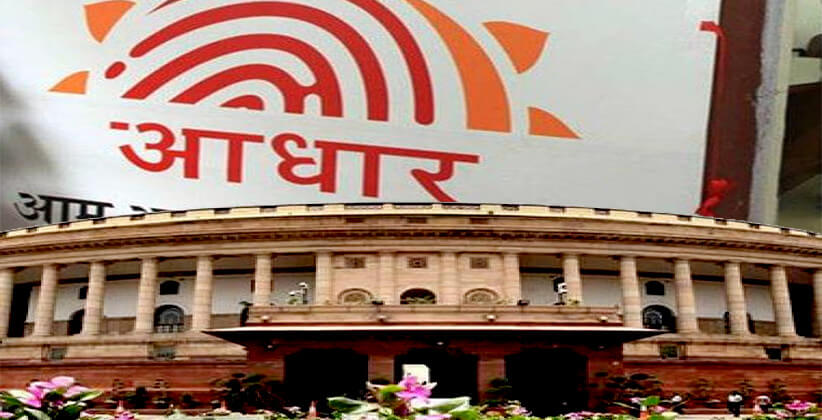 Parliament on July 8, 2019, passed the Aadhaar and Other Laws (Amendment) Bill, 2019, to allow voluntary use of Aadhaar as proof of identity for users to open bank accounts and get mobile phone connection.

The Bill passed by Rajya Sabha by a voice vote was opposed by the members of Congress, Trinamool Congress and DMK. They stated that without a robust data protection law, private entities cannot be permitted to store sensitive biometric data of citizens.

In response, the Union Telecom Minister Ravi Shankar Prasad said that Government was in the process of finalizing the Data Protection Bill.

The Bill provides for a stiff ₹1 crore penalty and a jail term for private entities violating provisions on Aadhaar data.

The amendments provide for use of Aadhaar number for KYC authentication on voluntary basis under the Telegraph Act, 1885, and the Prevention of Money Laundering Act, 2002.

The Constitution Bench of the Supreme Court in the judgment delivered on September 26, 2018, had upheld the constitutional validity of the Aadhaar Act by 4:1 majority, with certain restrictions and changes. The compulsory use of Aadhaar based KYC for mobile connections and bank accounts was prohibited by the apex court.

Ban On Oxytocin Suspended For One Month By Delhi HC