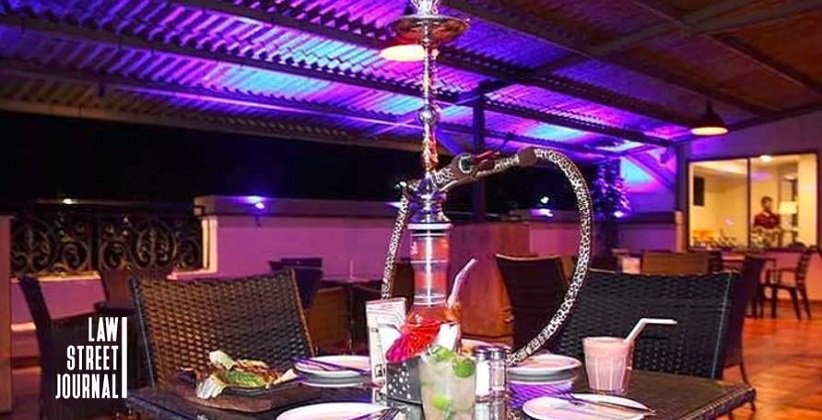 After Gujarat and Maharashtra, Punjab became the third state to impose a permanent ban on hookah parlours through law.

The ban was imposed after President Ram Nath Kovind gave his assent to a bill from the state to check use of tobacco.

The president has given nod to the Cigarettes and Other Tobacco Products (Prohibition of Advertisement and Regulation of Trade and Commerce, Production, Supply and Distribution) (Punjab Amendment) Bill, 2018 recently, a Home Ministry official said.

The Punjab Assembly passed the Bill in March this year with an objective to check the use of tobacco in various forms and prevent diseases caused by the use of the tobacco products.

In hookah parlours, people share hookah from a long pipe which passes smoke through a container of water to cool it.

As per the available data, an hour's average of hookah smoking contains 20-200 puffs, which can deliver 50 litres of smoke, containing harmful and carcinogenic chemicals an official said.

Smoking of hookah increases health risks includes exposure to toxic chemicals that are not filtered out by the water, and also the risk of infectious disease like tuberculosis resulting from sharing a hookah, another official said.

Punjab Health Minister Brahm Mohindra, who had moved the Bill in the assembly, had pointed out that there was a new trend of 'hookah-sheesha' smoking and it has been increasing day-by-day in Punjab.

The hookah parlours are being opened in restaurants, hotels, and clubs and hookahs are even served at marriage venues.

"Hookah/sheesha bars are just like drug consumption rooms and they are a new threat to our youth. The owners of such cafes are providing every facility to our youth for soft drug addiction in a very comfortable and friendly atmosphere.

"The most harmful ingredient in hookah is nicotine, which is known to be carcinogenic," Mr. Mohindra had said.

Cigarettes and Other Tobacco Products