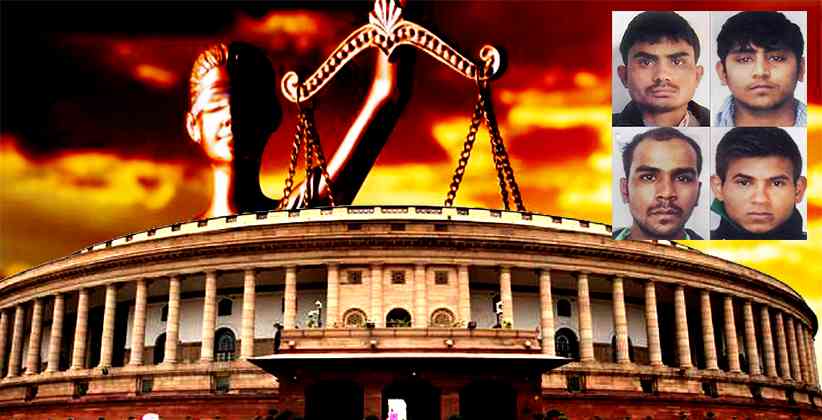 On Tuesday, February 4, 2020, the Rajya Sabha MP Sanjay Singh brought the attention of early execution of rape convicts to which ex-officio Chairman of Rajya Sabha and Vice-President of India, Venkaiah Naidu lent his support and said “all institutions involved should fulfil their responsibilities and hang those convicts as early as possible and we cannot allow this sort of things going on in this country. They have been an ample amount of legal opportunity and exhausted all of them. Now they are trying to delay the death penalty imposed on them by the court”.The parliamentarian referred to the protests and outrage of the public after the Nirbhaya incident came to the forefront in 2012 and mentioned that the men were convicted by the fast-track court but took years to enforce them. He discussed the failure of the Delhi High Court in bringing the convicts to Justice where the case is only getting deferred from one date to another and urged the members present in the house that the convicts don’t deserve a right to live thereby seeking intervention of the President of India, Ram Nath Kovind and the Supreme Court for speedy implementation of their death sentence.

A Delhi Court was reluctant in issuing another death warrant after already having issued two black warrants in the past for their execution and opined that convicts are entitled to exhaust all their legal options. At the request of the Central Government, the High Court of Delhi conducted a special hearing on the weekend regarding hanging of the convicts as they exhausted their appeals and mercy petitions. The court is yet to pronounce it's verdict in the special hearing. The second senior most law officer of the Government, Solicitor General (SG), Tushar Mehta argued that the convicts are trying to frustrate the mandate of the law which is a deliberate calculated action. Union Information and Broadcasting Minister in Modi’s Government, Prakash Javadekar has blamed the State Government led by the ruling Aam Aadmi Party (AAP) for the delay in hanging the convicts despite this being such a sensitive issue. The Supreme Court had rejected the plea for staying the execution of convicts more than a year ago but the Tihar Jail Authorities failed to conduct timely execution which shifts the blame of the Delhi Government. However, the chairman of Rajya Sabha requested members to not make attempt at politicizing the issue.

A few days ago, the lawyer of Nirbhaya’s convicts, AP Singh had said that whatever is happening which is causing a delay in execution is based on the rules of procedure as prescribed by the law. It is unjust to hang the convicts in a hurry and questioned the haste of Delhi High Court in this case saying "justice hurried is justice buried."

Nirbhaya was gang-raped and savagely assaulted on the night of 16th December 2012 which happened inside a moving bus in South Delhi. The trial of five men started in a special fast-track court in March 2013, the prime-accused perpetrated suicide by garrotting himself in Tihar Jail within the first few days of the trial. A juvenile convict was sent to an undisclosed place due to threat to his life after he was released from a correctional home in 2015.