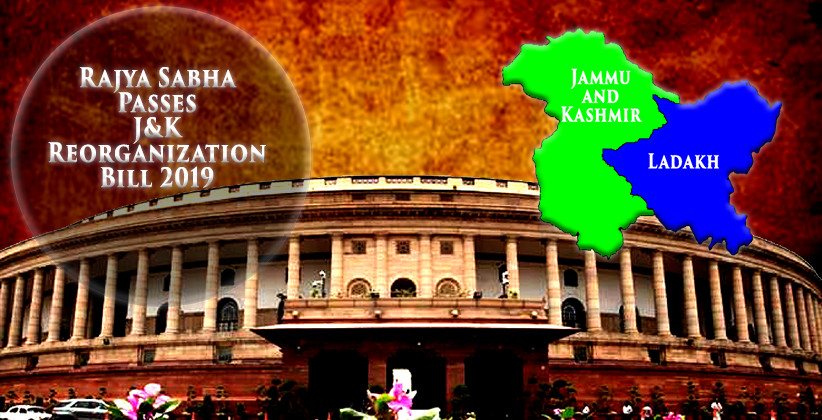 The Bill introduced by Home Minister Amit Shah was passed by the Upper House through a voice vote, with 125 being in favour and 61 against it.

As per the Statement of Objects and Reasons of the Bill, the Ladakh division of the state is a large region but is scarcely populated because of its difficult terrain. Thus, to seek proper development, the population of Ladakh had long been demanding the region to be declared as a Union Territory.

The J&K region was declared to be a Union Territory on account of prevalent cross border terrorism which had compromised internal security of the state.

Removal From Voters’ List Without Giving Reasonable Opportunity Of Being Heard Is Arbitrary And Illegal: Kerala HC [Read Judgment]