100 Years of Moplah (Muslim) Riots: A Rebellion or Genocide of Malabar Hindus ? 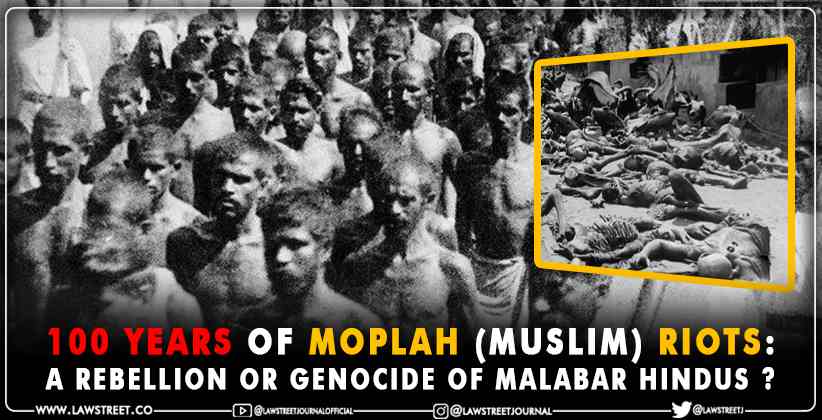 Today marks the 100th year of the Moplah Riots. What supposedly started as a freedom revolt against the British, apparently ended up being an excuse to wipe out the Hindu population of northern Kerela. Although most history books tend to give this portion a skip but the seeds of Moplah riots were sown months earlier when the Khilafat Movement was started. On the 100th anniversary of the 1921 Malabar massacre of Hindus, not a lot has changed in the way Islamists operate.

Around ten thousand Hindus were brutally slaughtered, forced conversions, women were raped, children were killed and many other horrific atrocities were committed by the rebels against local Hindus

Annie Besant in her book ‘The Future of Indian Politics’, described the event as: “They murdered and plundered abundantly, and killed and drove away all Hindus who would not apostatize. Somewhere about a lakh of people were driven from their homes with nothing but the clothes they had on, stripped of everything. Malabar has taught us what Islamic rule still means, and we do not want to see another specimen of the Khilafat Raj in India. Not only the Hindus were killed and forced to flee, but close to 100 Hindu temples were also destroyed by Islamists during the massacre.