Home Activist Group Hindu Janajagruti Samiti Demands A Ban On Halal Meat, Says It Is A Step Towards Making India An Islamic State

Activist Group Hindu Janajagruti Samiti Demands A Ban On Halal Meat, Says It Is A Step Towards Making India An Islamic State 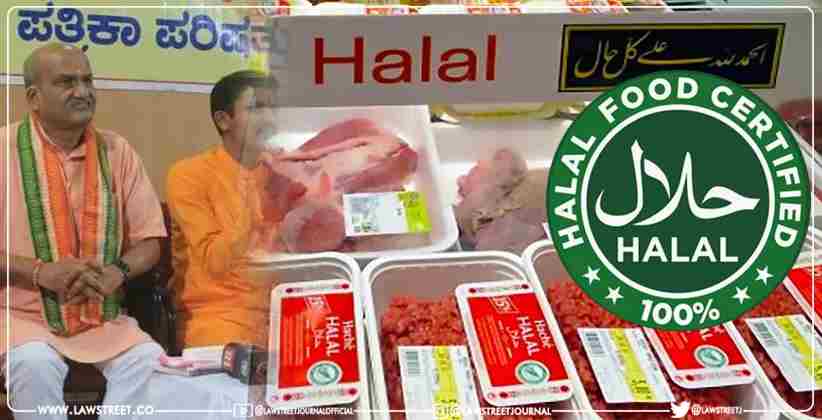 The Hindu Janajagruti Samiti, a Hindu activist group, has called for a boycott of halal meat and has launched a statewide campaign calling for a ban on Halal products. Halal certification identifies dietary items that are allowed to eat in Islam, omitting pork-related delicacies, animal fats and other dairy-derived goods, as well as all sorts of alcohol.

A spokesperson for the Hindu Janajagruti Samiti of Karnataka published a video claiming that millions of billions of rupees are being gathered for halal meat certification, which it claims will pave the way for India to become an Islamic state. Gowda claimed that the money is used to fuel anti-national conspiracies against the government across India.

“We urge all Hindus to boycott halal meat, Halal products and use the Jhatka meet which employs the Hindu way of slaughtering. Let us participate in the economic boycott of such antinational activities,” Mohan Gowda urged in the video released by a handle on Twitter.

The Hindu Janajagruti Samiti has objected, claiming that Halal meat sliced according to Islamic traditions cannot be presented to Hindu deities. According to Gowda, who spoke to Lokmat News, “While Ugadi is around the corner, meat is brought in large quantities and hence we have launched a campaign to boycott Halal certified meat since according to Islam it is offered to Allah first. Such meat cannot be offered to Hindu Gods and Goddesses.”

Gowda further elaborated, “Whenever a Muslim man kills any animal, it is faced towards the mecca and namaz is offered while killing it. The meat of such animals cannot be offered to Hindu deities. In Hinduism, we believe that animals should not be harassed hence we take their life for offering in a single shock (Jhatka).”

Many Hindu activists and organisations have already denounced the politicisation of halal certification and its obligation on food goods. When Smt. Thushara established the first non-Halal eatery in Kerala in October 2021, she was beaten and intimidated by Islamist goons. In April of that year, a Christian man from Kerala was attacked and his food truck was set on fire for selling non-halal certified meat.