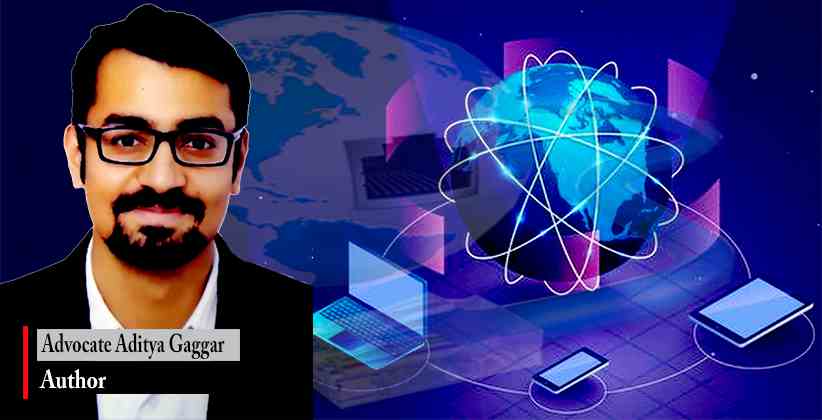 The Hon’ble Court began with the observation that a delicate balancing act is required between security and liberty. This was followed by enumeration of a brief chronology of facts as placed before the Court by the petitioners, Ms. Anuradha Bhasin and Mr. Ghulam Nabi Azad. Following this, the contentions of Ms. Vrinda Grover, Mr. Kapil Sibal, Mr. Huzefa Ahmadi, Mr. Dushyant Dave, Mr. Meenakshi Arora, Ms. Sanjay Hegde as well as Ld. Attorney General and Ld. Solicitor General were reproduced.

The following issues were addressed by the Hon’ble Court:

I. Whether   the  Government can claim exemption from producing all the orders passed under Section 144, Cr.P.C. and other orders under the Suspension Rules?

On the first issue, based on the touchstone of Art. 19, the court decided in favour of the writ petitioners and held that the Government cannot claim exemption from production of orders or disclosure of such information as is necessary for the proper articulation of the matter.

II. Whether   the  freedom   of   speech  and   expression   and freedom  to practise   any   profession,  or   to carry   on  any occupation, trade or business over the Internet is a part of the fundamental rights under Part III of the Constitution?

The Hon’ble Court held that the freedom of speech and expression through the   medium of internet is an integral part of Article 19(1)(a) and accordingly, any restriction on the same must be in accordance with Article 19(2) of the Constitution. The freedom of trade and commerce through the medium of the internet is also constitutionally protected under Article 19(1)(g), subject to the restrictions provided under Article 19(6). However, since none of the counsels argued for declaring the right to access the internet as a fundamental right, the Hon’ble Court chose to confine themselves to declaring that the right to freedom of speech and expression under Article 19(1)(a), and the right to carry on any trade or business   under   19(1)(g),  using   the   medium  of   internet   is constitutionally protected.

The Hon’ble court then summarised, “The   study   of  case   law   points  to   three   propositions which emerge with respect to Article 19(2) of the Constitution. (i) Restriction on free speech and expression may include cases of prohibition. (ii) There should not be excessive burden on free speech even if a  complete prohibition is imposed, and the government has to justify imposition of such prohibition and explain as to why lesser alternatives would be inadequate. (iii) Whether a restriction amounts to a complete prohibition is a question of fact, which is required to be determined by the Court 31 with regard to the facts and circumstances of each case.” (State  of  Gujarat  v.  Mirzapur  MotiKureshi  Kassab  Jamat, (2005) 8 SCC 534)

The second prong of the test was wherein the Hon’ble Court was required to find whether the  imposed  restriction/prohibition   was   least intrusive,   bringing  us   to   the  question   of   balancing  and proportionality.

At this stage, the Hon’ble Court stated about the heavy reliance of modern terrorism on internet quoting instances from the US Civil War, the World Wars and the Cold War, the Vietnam War and the US ‘war on terror’ in the aftermath of September 2011.

The Court then observed that while it goes without saying that the Government is entitled to restrict the freedom of speech and expression guaranteed under Article 19(1)(a) if the need be so, in compliance with the requirements under Article 19(2), however, the question is one of extent rather than the existence of the power to restrict. The proportionality principle, can be easily summarized by Lord Diplock’s aphorism ‘you must not use a steam hammer to crack a nut, if a nutcracker would do?’ [referred to R v. Goldsmith, [1983] 1 WLR 151, 155 (Diplock J)] i.e. it is all about means and ends. Thereafter, the Hon’ble Court briefly discussed the German test or ‘necessity or no equal alternative test’ vis as vis the Oakes Test/Canadian Test or the ‘minimal impairment test’ of proportionality.

Ultimately, the court chose to thus summarise the proportionality principle in India:

“… we may summarize  the requirements of the doctrine of proportionality which must be followed by the authorities before passing any order intending on restricting fundamental rights of individuals. In the first stage itself, the possible goal of such a measure intended at imposing restrictions must be determined. It ought to be noted that such goal must be legitimate. However, before settling on the aforesaid measure,   the  authorities   must   assess  the   existence   of  any alternative mechanism in furtherance of the aforesaid goal. The appropriateness of such a measure depends on its implication upon the fundamental rights and the necessity of such measure. It is undeniable from the aforesaid holding that only the least restrictive measure can be resorted to by the State, taking into consideration  the   facts   and  circumstances.   Lastly,   since  the order has serious implications on the fundamental rights of the affected   parties,   the  same   should   be  supported   by   sufficient material and should be amenable to judicial review.”

However, the Hon’ble Court found merit in the Government’s contention that the internet could be used to propagate terrorism.

III. Whether the Government’s action of prohibiting internet access is valid?

The Hon’ble Court observed that the procedural mechanism for imposing restrictions on internet is two-fold i.e. Contractual (between the ISPs and the Government) and Statutory (governed the Information Technology Act, 2000, the Criminal Procedure Code, 1973 and the Telegraph Act). The Hon’ble Court observed that while prior to 2017 all measures to restrict or shut down internet were made under S. 144 CrPC, post 2017, the said position has changed with the passage of the Suspension Rules under Section 7 of the Telegraph Act. A bare reading of the rules framed thereunder and the case law indicates “that the prerequisite for an order to be passed under this sub­section, and therefore the Suspension Rules, is the occurrence of a “public emergency”  or   for   it  to   be   “in  the   interest   of  public   safety””. In this respect, the Hon’ble Court read-in a requirement ensuring that all the orders passed under the Suspension   Rules   are to be made freely available. Lastly, the Hon’ble Court observed that the complete suspension of telecom services, be it the Internet or otherwise, being a drastic measure, must be considered by the State only in unavoidable circumstances.

The Court also highlighted certain gaps in the Suspension Rules, calling upon the legislature to consider remedying the same.

It is important to note that only 8 sample orders were placed before the court in the present case, 4 passed by the Inspector General of Police, of the respective zone, while the other 4 confirmation orders were passed by the Principal Secretary to the Government of Jammu and Kashmir, Home Department.

IV. Whether the imposition of restrictions under Section 144, Cr.P.C. were valid?

The Hon’ble Court first discussed the 5 safeguards in S. 144 CrPC. The Hon’ble Court observed that the power under S. 144 CrPC, being preventive in nature and exercised in order to preserve public order, it cannot be said that the Magistrate had no power to pass the aforesaid orders in the event of no incumbent situation of emergency. However, before parting this issue, the Hon’ble Court cautioned that, “While passing orders under Section 144, Cr.P.C., it is imperative to   indicate  the   material   facts  necessitating   passing   of  such orders.   Normally,   it  should   be   invoked  and   confined   to   a particular   area   or  some   particular   issues.”The Hon’ble Court further observed that, “An order passed under Section 144, Cr.P.C. should be indicative of proper application of mind, which should be based on the material facts and the remedy directed.” In the light thereof, the Hon’ble Court held that “One of the important criteria to test the reasonableness of such a measure is to see if the aggrieved person has the right to make a representation against such a restriction. It is a fundamental principle of   law that  no  party  can   bedeprived  of   hisliberty without   being   afforded  a   fair,   adequate  and   reasonable opportunity of hearing. Therefore, in a situation where the order is   silent  on   the   material  facts,   the   person  aggrieved   cannot effectively   challenge   the  same.” Therefore, the Hon’ble Court held that it is imperative that the State should make such orders public.

Before parting, the Hon’ble Court thus summarised the legal position on Section 144, Cr.P.C:

In this context, the Hon’ble Court discussed the principle of ‘chilling effect doctrine’ which is chiefly used for impugning an action of the State, which may be constitutional, but which imposes a great burden on the free speech. The Hon’ble Court observed that in the context of ‘chilling effect doctrine’, one possible test would be that of comparative harm. However, since the Petitioner  in the present case was not able to substantiate her argument that she was unable to publish her newspaper, while the Ld. Solicitor General submitted that other newspapers were running during the same period, the Hon’ble Court refrained from indulging further into the issue and instead chose to part with a general observation that “Journalists are to be accommodated in reporting and there is no justification for allowing a sword of Damocles to hang over the press indefinitely.”

In Conclusion, the Court disposed off the Writ Petitions with the following directions and guidelines: