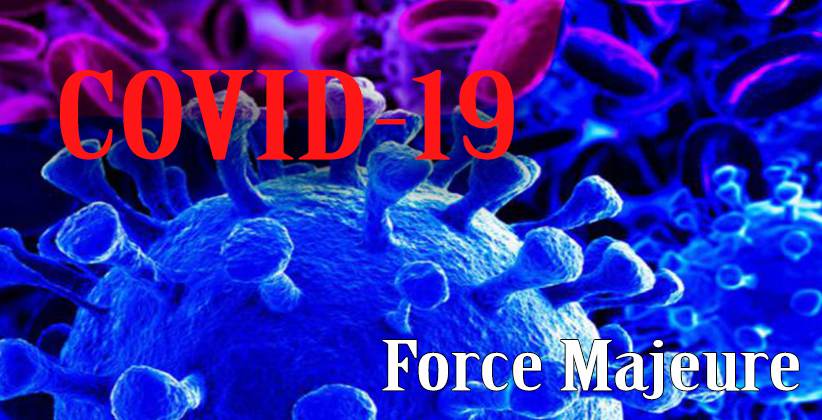 Currently, war is going on in the whole world between mankind and invisible demon, SARS COV-2. It is a virus which causes disease named as COVID-19. The first case of COVID-19 was first reported in Wuhan province of China. Up till now source of this virus is unknown. On Monday, 9 March 2020, the World Health Organization (WHO) said that the threat of a coronavirus pandemic "has become very real" and that the spread has reached "pandemic proportions". The WHO defines a pandemic as the "worldwide spread of a new disease," and the determination is made based on the geographical spread of the disease, the severity of the illnesses it causes, and its effects on society. As per recent report of WHO, there have been 6,38,146 confirmed cases and 30,039 deaths caused due to COVID-19 in 202 countries. In India, by the time of writing this article, there have been 1,071 confirmed cases and 29 deaths caused due to COVID-19.

In India, 21 days lockdown has been imposed by the Central Government on March 25, 2020 in order to curb spread of COVID-19. Only trade and commerce of essential commodities and services such as groceries shops, hospitals, milk, banks etc. are exempted from lockdown. People are advised to stay at home and put more focus on their hygiene. However, there is huge population who is facing many problems due to lockdown. For example, people who have contract to finish construction work within a stipulated time but now they will not be able complete it or suppose an artist such as actor contracted to perform on a stage on specific date which is falling within 21 days lockdown.

Now, question which arises is that “Does outbreak of COVID-19 come under ambience of ‘Force Majeure’?”

To answer this question, we have to first understand the term ‘Force Majeure’.

Force Majeure is clause used in the contract to refer the circumstances or events which are out of control of the parties. For example, tsunami, earthquake, war etc. Force majeure also includes act of parliament. For example, if parliament passes act which declares selling of alcohol as illegal, then contract done, before such enactment, for selling of alcohol which are still pending becomes void from the time of such enactment. After happening of such events contract is either terminated or time of the performance of contract is extended.

Now, let us answer the question “Does outbreak of COVID-19 come under ambience of ‘Force Majeure’?”

Now to find out whether outbreak of COVID-19 come under ambience of ‘Force Majeure’ or not, we have to see judicial precedents related to similar matter. The source of the doctrine of frustration in English Law is the case of Taylor v. Caldwell (1863). In this case it was held that when an opera house, which was rented for holding concerts was destroyed by fire, the contract was frustrated. This was because the very thing on which the contract depended on ceased to exist or if a certain thing happened. Thus, it was held that for the doctrine of frustration it must be so that the nature of contract is such that it would not operate if a thing ceased to exist. Again, in Krell v. Henry, where rooms were rented out along the route of the procession for the king’s coronation and the coronation was postponed due to the king’s illness, the contracts for renting out the rooms were held to be frustrated. This meant that the doctrine of frustration would also apply to cases wherein a certain thing did not happen.

In India, in case of Tsakiroglou & Co. Ltd. v Noblee Thorl, GmbH (1961) it was observed that mere closure of the Suez Canal, given that there existed an alternative route to transport goods (through the Cape of Good Hope), did not qualify as a condition for the frustration of contracts on the sole ground that the alternative route was longer than the original route.

In the landmark decision of Satyabrata v Mugneeram (1954) the Supreme Court discussed various theories that have been propounded pertaining to the juridical premise of the doctrine of frustration yet the essential idea upon which the doctrine is based is that of the impossibility of performance of the contract. It was observed that Section 56 of the Act lays down a rule of positive law and does not leave the matter to be determined according to the intention of the parties derogating from the general idea of party autonomy that is central to contracts, globally today. However, in terms of determining the threshold for the applicability of this doctrine, it was observed that Section 56 of the Act allowed for discharge of obligations on grounds of impossibility if "an untoward event or change of circumstance totally upsets the very foundation upon which the parties entered their agreement."

Subsequently, however, the lines between frustration and impossibility seem to have been blurred wherein, in its decision in Energy Watchdog v Central Electricity Regulatory Commission and Anr. (2017) the Supreme Court held that "in so far as a force majeure event occurs de hors the contract, it is dealt with by a rule of positive law under Section 56 of the Contract. The performance of an act may not be literally impossible, but it may be impracticable and useless from the point of view of the object and purpose of the parties." However, it remains undisputed that when a contract contains a force majeure clause which on construction by the court is held attracted to the facts of the case, Section 56 of the Act can have no application.

Moreover, In India, the Department of Expenditure, Procurement Policy Division, Ministry of Finance issued an Office Memorandum on February 19, 2020, in relation to the Government’s ‘Manual for Procurement of Goods, 2017’, which serves as a guideline for procurement by the Government. The Office Memorandum effectively states that the Covid-19 outbreak could be covered by a force majeure clause on the basis that it is a ‘natural calamity’, caveating that ‘due procedure’ should be followed by any Government department seeking to invoke it.

[COVID-19]: Disciplinary Action Against Four Officers Of GNCTD For Dereliction Of Duty During Lockdown