Home Speak Legal An Insight: Can A Curative Petition Save The Nirbhaya Convicts From The Facing Death?
Speak Legal 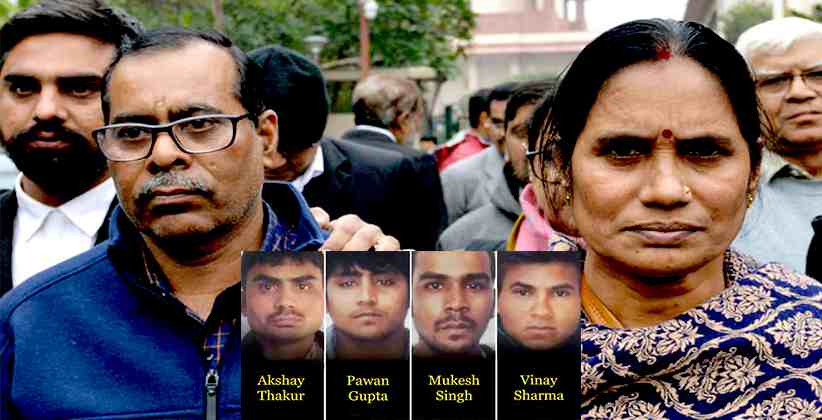 All four were found guilty of rape, murder, unnatural offences and destruction of evidence and the Delhi high court confirmed their death sentence. On May 5, 2017, the Supreme Court rejected their appeal and upheld the death sentence.

The review petitions filed by the convicts were dismissed by the Supreme Court. One of the four convicts, Vinay Sharma, had filed a mercy petition before the President of India.

What is a curative petition?

A second review of the judgment of the Supreme Court is granted through a curative petition.

It was first introduced in the case of Rupa Ashok Hurra v. Ashok Hurra, and it was held that in order to rectify gross miscarriage of justice in its final judgment, the court will “allow” the curative petition filed by the victim.

Specific requirements for the Court to entertain a curative petition:

A curative petition is not meant for automatic grant of one’s right to a second review. There must be the following conditions:

Provisions for filing a mercy petition:

According to Article 72 of the Indian Constitution, the president has the power to grant pardons, reprieves, respites or remissions of punishment or to suspend, remit or commute the sentence of any person convicted of any offence where punishment or sentence is:

A pardon completely absolves the offender from all sentences or punishments or disqualifications and places him in the same position as if he had never committed the offence.

Procedure to file a mercy petition:

A convict who is given a death sentence and whose appeal to the Supreme Court to review its judgment has been dismissed has the option to file a mercy petition to the president within seven days from the date on which the superintendent of jail issues a notice to do so.

The president, after consulting the cabinet, decides the matter. It is subjected to judicial review, that is, a convict can challenge the dismissal of a mercy petition by the president either in the high court or in the Supreme Court. If the Nirbhaya convicts challenge it first in the high court, then they will have an appellate remedy in the Supreme Court.

It is interesting to note that, even though it is highly unlikely that any of the convicts in the Nirbhaya rape and murder case will be absolved of all criminal charges, what is possible though is some more delay in the hanging of the convicts which is scheduled for January 22, 2020. The case has already become synonymous with failure of the justice delivery system since it has been more than seven years since the rape and murder of Nirbhaya in Delhi in December, 2012.

No One Is Above The Law, Not Even Spiritual Organizations, Says Karnataka High Court To Sadhguru Of Isha Foundation