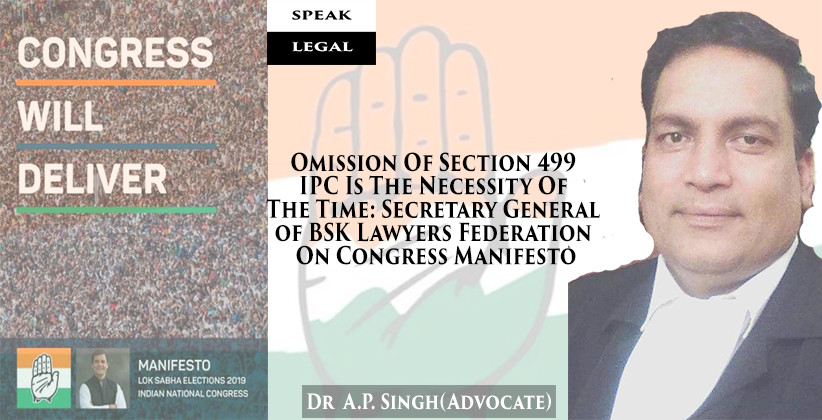 Commenting on the judicial reforms proposed by the Party, Dr. Singh said that “the establishment of a Court of Appeal and calling for a National Judicial Commission (NJC) are excellent measures to strengthen the judicial structure.”

Further, on the omission of Section 499 of the Indian Penal Code, 1860, and also on striking down the offence of Sedition contained in Section 124A of the Indian Penal Code from the statute books, Dr. Singh said that “these are some good steps which are necessity of the time. There are numbers of cases registered by misusing the section of sedition and people are in judicial custody.”

The Indian National Congress on April 2, 2019, released its Manifesto for the upcoming Lok Sabha Elections containing significant legal reforms that the party envisages to bring.

Read the Congress Manifesto Below.