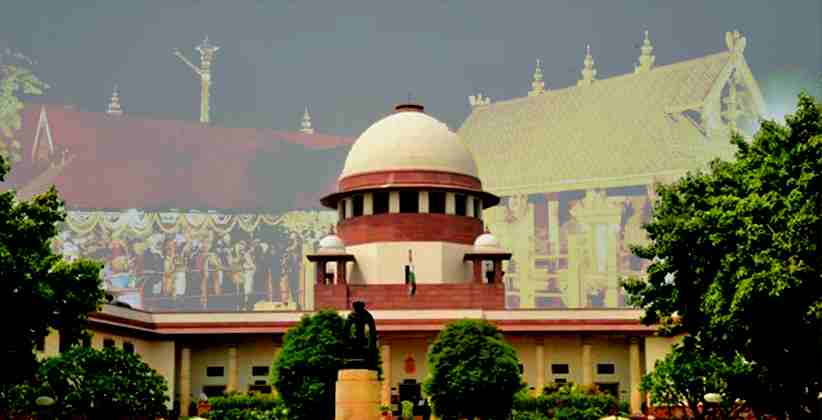 Recently, during the hearing on the Sabarimala dispute, the constitutional bench comprising of 9 judges of the Supreme Court said that all such cases related to the Islam, the Parsi and the Dawoodi Bohra community will be heard together on the next date.

Senior Advocate Abhishek Manu Singhvi, appearing for the Travancore Devaswam Board said, “The Sabarimala issue is very important. Its decision will affect all religions. The court should give a separate ruling on this.”

The court denied the request for merging all the cases to be heard together.

The Secretary General of the Apex Court will hold a meeting of lawyers representing both the parties in all the cases to make a decision about all the issues that will be presented before the court on the day of the hearing and the amount of time that would be allotted to every issue. He said that all the cases of Dawoodi Bohra community, of Muslim women entering mosques and of Parsi women’s entry in Agni Mandir, would be heard together. The Supreme Court has given all the lawyers 3 weeks to discuss with each other on what all issues are to be presented before the constitutional bench.

The important thing to note is that until the case is finalized, women will be allowed to enter the Sabarimala temple.

Furthermore, the bench of the 9 judges of the Supreme Court will define the relationship between the fundamental right to religious freedom (Articles 25 and 26) and other fundamental rights given in the Constitution and how are they to be brought in harmony with one another (especially the foreplay between religious freedom and right to equality). There is no separate interpretation of ethics and constitutional ethics in the constitution. In such a situation, the bench can explain that accordingly, whether the threshold for morality will be raised or be restricted within the boundaries of religious practice, faith and belief. The court can also test - up to what extent an object will be an integral part of a religion.

The meaning of Article 25 (2) (b) of the Constitution of India, 1949, giving the right to religious freedom can also be clarified. It can also be decided whether any mandatory religious practice or a particular religious denomination has got any protection under Article 26 and to what extent the court should consider public interest petitions in religious matters.

What is the Controversy over the entry of women in the Sabarimala Temple?

There is a temple of Lord Ayyappa rising among the hills of the Pathanamthitta district of Kerala. To reach this temple one has to cross 18 sacred stairs, which have different meanings. Every year from November to January, devotees visit this temple to have darshan of Lord Ayyappa. For the rest of the year, this temple remains closed for common devotees. Apart from Makar Sankranti, Mandalam Makara Vilakku festival is also celebrated here on the 17th of November every year. The doors of the temple are also opened on the first five days of the Malayalam months. The Sabarimala temple has been in existence for nearly 800 years.

The controversy over the entry of women in this temple is also a few decades old. In fact, Lord Ayyappa is considered to be a regular brahmachari, due to which, such women are not allowed in his temple, who can become mothers. The age of such women has been fixed from 10 to 50 years.

Now, the question is – in this era of budding feminism and the unflinching struggle for equality, doesn’t that age old custom seem a bit too arbitrary? Can’t we say that this particular religious practise of banning certain humans from visiting a certain God, based merely on gender, amounts to outright gender discrimination? The court usually refrains from intervening in religious customary practices unless they defy and strike at the root of the very basic structure of our constitution – our document of independence. What happens in the much awaited Sabarimala issue, we’re yet to witness.