Insufficiency of Stalking Laws In India 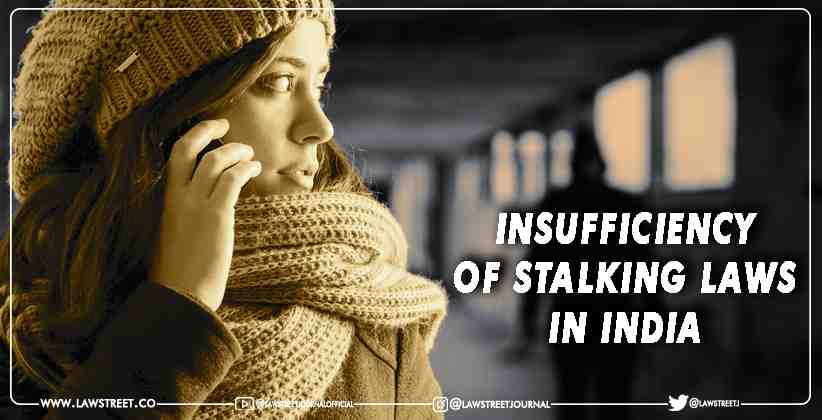 Have you ever felt that Bollywood portrays stalking as a desirable characteristic? The influence of Bollywood can be seen in cases like the Sandeep Baliga Australian court matter where in the person charged for stalking two women in Tasmania, argued that he had only believed that patiently pursuing women will lead to them falling in love with him, as that is what he had seen in Bollywood movies.[i] He further went on to blame Shah Rukh Khan’s Darr as the reason for his beliefs. And the most shocking part was that these defences helped him escape conviction in the Australian court.

It’s almost as if love and stalking is synonymous in Bollywood movies. But it is little known that stalking is a criminal offence in India. It also causes severe mental stress to the victim, so much so that the victim may commit suicide.

In the case of Shri Deu Baju Bodake v/s The State of Maharashtra, [ii] a woman committed suicide because she was stalked every single day on her way to work. The court punished the offender under the abetment to suicide provisions and section 354D of the Indian Penal Code (IPC), 1860. In a country where women don’t go out to work or play sports because of such undesirable elements in society, it is a shock that stalking laws are considerably inadequate.

Surprisingly, stalking laws didn’t exist in India till the 2013 criminal amendment as suggested by the Justice Verma committee. Earlier stalking wasn’t a stand-alone offence and was mostly dealt with by Section 354 and s. 509 of the IPC which dealt with an attempt to outrage a woman’s modesty.

Under Section 354D [iii] the requisites of stalking are that the victim must be a woman, the perpetrator has to be a man. A clear indication of disinterest is also required under this case. These reasons led to criminals walking free in cases of stalking.

The limitations of Indian laws to protect people against stalking are many. Beginning with stalking being a bailable offence to it being gender specific. Men can only be offenders and women can only be victims of stalking.

Numerous attempts have been made through private members bills to make stalking a non-bailable gender-neutral offence.

The Justice Verma committee also suggested that stalking should be made gender neutral and a non bailable offence. [iv] Making it a non bailable offence can help in reducing its rampancy in the country. Delhi high court also taking cognizance in the rise of cases, held that it’s the judiciary which should take strict action.

The arguments against gender neutralisation are based on the fact that most of the reported cases of stalking involve men. But stigmatisation, toxic masculinity and the Indian belief that men can’t be harassed prevents men from reporting crimes of such nature.

Today, with the advent of the internet, cyber stalking is an immediate concern for the entire world. Technology has made stalking people in real life also easier.

Stalking done through electronic sources is considered as cyber stalking. Cyber stalking can be committed by the perpetrator even when he or she is thousands of miles away from the target.

In case of inter country cyber stalking, the case becomes harder to solve due to geographical limitations and jurisdictional issues. Cyber stalking is difficult to detect and one’s identity can be better protected online than offline, and this makes stalking on the cyber mode clearly more dangerous.

There is no direct link in this format between the stalker and the victim. The first case of cyber stalking in India was the Kathuria case which led to the Indian parliament releasing the need for laws against cyber stalking. In this case, Kathuria stalked a woman named Ritu Kohli, abused her, spread her number among strangers and assumed her identity to chat with strangers on mirc.com. His IP address led him to getting caught. The case was registered under Section 509 of the IPC because there were no stalking or cyber stalking laws in India. Post this case Section 66A was introduced in the IT Act, 2000. [v]

In Shreya Singhal v Union of India[vi] , section 66A was struck down as it amounted to infringement of free speech, but it also meant that there was no provision for cyber stalking in the IT Act, 2000.  Now this means that there’s a sever lacuna in the IT act in terms of cyber stalking.

Precursor to other crimes

Stalking is often the precursor to several other crimes like acid attack, murder, or rape as seen in the unfortunate case of Priyadarshini Matoo. Multiple complaints for harassment and stalking where filed in the Matoo case and finally even an FIR had been filed for molestation but to no avail. Matoo was murdered and raped in her own house and the perpetrator was none other than Santosh Kumar Singh, the man who had been stalking her for months.[vii] The 1996 case shook Delhi and subsequently the entire country and is one of the most widely known cases today.

The case of Riya Gautam also again shows the same case. [viii]She was stalked for a year and half by a man named Adil who fled to avoid police action only to come back and kill the aspiring air hostess. Stalking almost never ends at it and leads to various other crimes like sexual harassment, identity theft, physical abuse, rape, acid attacks and murder.

Stalking can occur in multiple contexts such as standing outside someone’s home, following them on their way to work or education institute, unsolicited written contact in the form of messages or letters. It affects the mental health of young men and women. It can even lead to instances of victim blaming. It is high time that laws need to become stricter on an insidious crime like this one.

[i] Poulomi goswami, Glorification of Stalking in Bollywood, 22 April 2019,

[vii] A Timeline of The Priyadarshini Mattoo Rape and Murder Case, 23 Jan, 2020, https://www.thequint.com/amp/story/neon/gender/priyadarshini-mattoo-murderer-santosh-singh-may-get-an-early-release 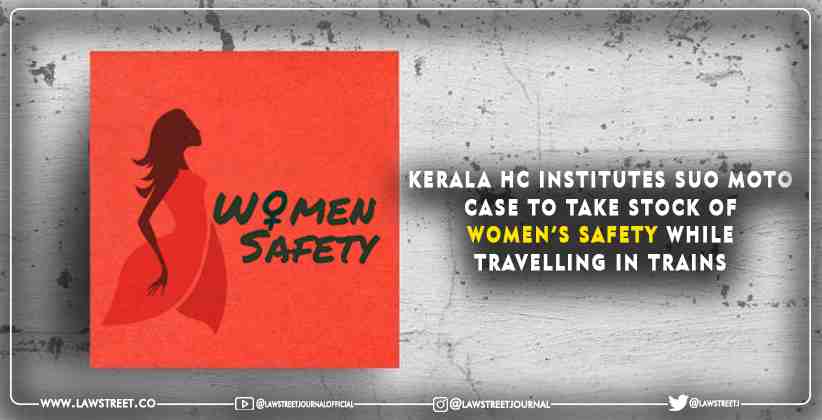 Judiciary May 03, 2021 Mathews Savio ( Editor: Ekta Joshi ) 5 Shares
5 Shares
Taking note of newspaper reports of a woman jumping off a moving train to escape attempted theft and rape, the Kerala High Court on Friday (30/04/2021) instituted a Suo Moto case to evaluate the safety measures for women passengers in trains. The matter was taken up by a Single-member Bench of the High Court comprising Justice Bechu Kurian Thomas. The Court directed the State Government, State Police and the Railways to sit together and come up with measures to ensure women’s safety...
Read full post 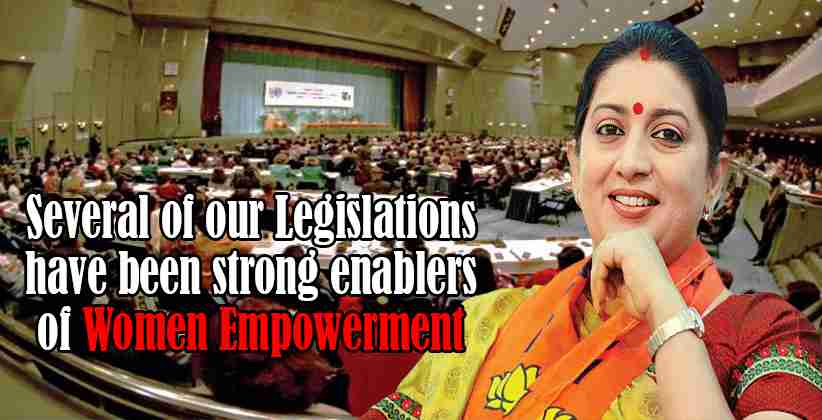 Executive Oct 05, 2020 Arundhuti Deshmukh ( Editor: Ekta Joshi ) 6 Shares
6 Shares
The Indian government took a series of measures for ensuring the safety, security, and well-being of women during the coronavirus pandemic, and the country is committed to building a just and equal post-COVlD-19 world for women and daughters, minister for women and child development Smriti Irani has said."Women numerically constitute half of humanity but their influence transfuses all dimensions of society, polity, and economy. In India, we recognize the centrality of gender equality and...
Read full post