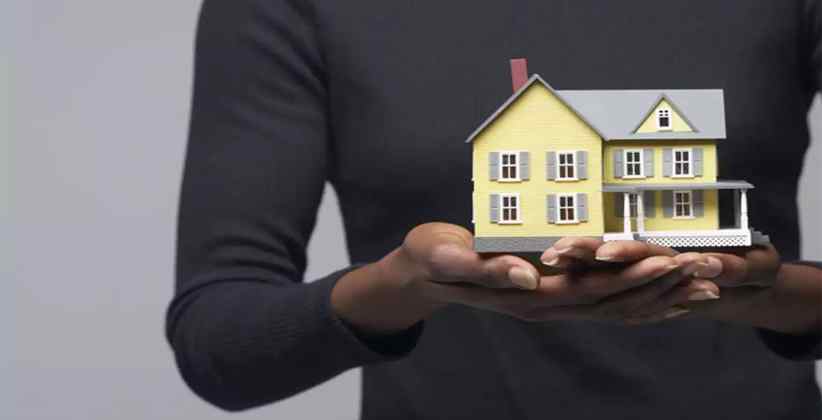 A Division Bench of Justices A. M. Khanwilkar and Dinesh Maheshwari have on May 19, 2020, while upholding the Delhi High Court judgment, which had, in turn, upheld the Trial Court judgment, in the matter of Kavita Khanwar v. Mrs. Pamela Mehta & Ors. has delivered a significant and exhaustive judgment on the issues surrounding the execution of a Will and grant of probate in the matters of testamentary succession under the Indian Succession Act, 1925.

The law of testamentary succession is codified under the Indian Succession Act in chapter VI of Part VI of the Act (Sections 74 to 111) which deals with the construction of Wills and Part IX of the Act deals with the grant of Probate/Letter of Administration.

The Additional District Judge, West District, Tis Hazari Courts, Delhi had rejected the appellant’s prayer for grant of probate in relation to the Will dated May 05, 2003, executed by the mother of the contesting parties. The prayer declined concurrently by the Trial Court and by the High Court essentially after finding several unexplained suspicious

The Parties and The Witnesses:

The Will in Question:

Through Will, the Testatrix had bequeathed the first floor and other portions except for the ground floor of the said property in the appellant’s favor with directions to carry out one of the two options, i.e., either to construct a residential facility on the terrace of the first floor of the said property and handover the possession of it to R1 or to demolish the said building and to re-construct and give the highest floor of the said building to R1 while retaining the terrace rights thereon; and had bequeathed the balance in her savings bank account maintained with Central Bank of India in favor of her son, R2.

View of the Trial Court:

Appellant had on November 06, 2006, filed petition under Section 276 of the Indian Succession Act, 1925 for grant of probate of the Will. R1 had contended, inter alia, that the Will in question was forged and fabricated, where the appellant was the major beneficiary as also the executor; that there was no reason for exclusion of R1 and R2 and grandchildren from the legacy; and that the property in question being an ancestral property, belonged to all the legal heirs of late Shri D.S. Mamik (husband of testatrix). R2 had contended that there existed no dispute between testatrix and himself and there was no reason for his mother to have excluded him from the Will. He also contended that as the property bequeathed in favor of the appellant was worth crores of rupees and hence, it was impossible to comprehend that his mother had left him merely a sum of Rs. 5,77,389/- when the relations between him and his mother were cordial.

The Appellant had contended that she didn’t have prior knowledge of the will made by her mother. She also asserted that her parents had special love and affection for her and that had been the reason for them having gifted and bequeathed the said property to her only.

Trial Court had to consider whether the Will was proper and valid or forged and fabricated.

The Trial Court took into account various circumstances that appeared to be suspicious.

Trial Court found that the appellant had not been able to remove the suspicions and hence, dismissed the petition.

View of the High Court:

Being aggrieved by the judgment of the Trial Court, the appellant approached the High Court which is reported in 211 (2014) DLT 448. Based on the settled principles from the precedents of Supreme Court, the HC observed that “mere proof of signatures on the Will was not sufficient to prove its due execution, and it was the duty of the party seeking probate to satisfy the conscience of the Court as regards due execution of the Will by the testator and for that matter” and proceeded to formulate the following point for consideration: “The question for consideration is whether the evidence led by the appellant i.e., propounder satisfies the conscience of the court that the Will in question was duly executed.”

Observations of the High Court:

After taking note of the aforesaid inexplicable features, unusual circumstances and unreliability of the witnesses, the High Court found that the appellant was unable to satisfy the conscience of the Court in regard to such suspicious circumstance and proceeded to dismiss the appeal and held that mere signature on the Will by the testatrix was not sufficient to prove that the said

Will was duly executed after understanding the contents thereof.

View of the Supreme Court:

Being aggrieved by the judgment of the High Court, the petitioner-appellant had preferred an appeal by special leave before the Supreme Court.

At the outset the Court dealt with the contentions by the appellant regarding R1 that her status remains that of a defendant who had not filed the written statement and who was not at issue; and hence, the contentions urged on her behalf needed no consideration and the evidence led by her remained inadmissible. But the Court rejected the argument and held that

“probate proceeding is not merely inter-partes proceeding but leads to judgment in rem and, therefore, even when no one contests, it does not ipso facto lead to grant of probate. The probate is granted only on proof of Will as also on removal of suspicious circumstances, if there be any, to the final satisfaction of the conscience of the Court.”

At the outset, the SC observed that any of the factors taken into account by the Trial Court and the High Court, by itself and standing alone, could not operate against the validity of the propounded Will, but the quality and nature of each of these factors and then, the cumulative effect and impact of all of them upon making of the Will with the free agency of the testatrix would have bearing on the question whether to grant probate.

The first and very basic question cropped up was the reason for the testatrix being desirous of providing unequal distribution of her assets by giving a major share to the appellant in preference to her other two children.

To this, the SC taking realist view answered,

“Even if the parents had special liking and affection towards the appellant, as could be argued with reference to the gift made by the father in her favor of the ground floor of the property

in question, it would be too far stretched and unnatural to assume that by the reason of such special affection towards appellant, the mother drifted far away from the other children, including the widowed daughter who was residing on the upper floor of the same house and who was taking her care. In the ordinary and natural course, a person could be expected to be more inclined towards the child taking his/her care; and it would be too unrealistic to assume that special love and affection towards one, maybe blue-eyed, child would also result in a person leaving the serving and needy child in lurch.”

Admittedly the appellant was living away and in a different locality for about 20-22 years, whereas testatrix was residing at the ground floor of the building, and R1 was on the first floor. In this regard, the Court came to conclusion that “there was no reason that in the normal and ordinary course, the testatrix would not have included the respondent No.1 in execution of the Will in question, particularly when she was purportedly making adequate arrangements towards the welfare of respondent No.1”.

Regarding the stipulations in the Will for making resident for R1, no time frame was provided nor the nature, quality, and extent of construction. It was also not clear as to what would happen in the event of the appellant not carrying out such construction, that is, as to whether she would stand divested of the property already bequeathed? This made the Court state that this provision was “illusory and an eyewash because on the practical side, the provision is inexecutable and unenforceable; and the respondent No.1 is not likely to get anything thereunder.”

One of the features that came to the Supreme Court’s notice was that, in the Trial Court, R1 and R2 had contended that there was the third page of the Will and the Appellant had denied it alleging that it had been fabricated by the respondents. But surprisingly the appellant took a strange turnabout and volte-face in the High Court, where she had asserted that she had indeed acted as per the “directions” of the testatrix in the said third page when it was alleged that she had made payment of a sum of Rs. 25,000/- to the daughter of one of the attesting witnesses.

Dismissing an appeal and denying the grant of probate, the Court imposed a cost of Rs. 50,000/-payable equally to both the respondents.

Every Citizen Has the Right to Know About Funds Collected by PM CARES: PIL In Bombay HC Seeks Auditing Of PM CARES By CAG [READ ORDER]