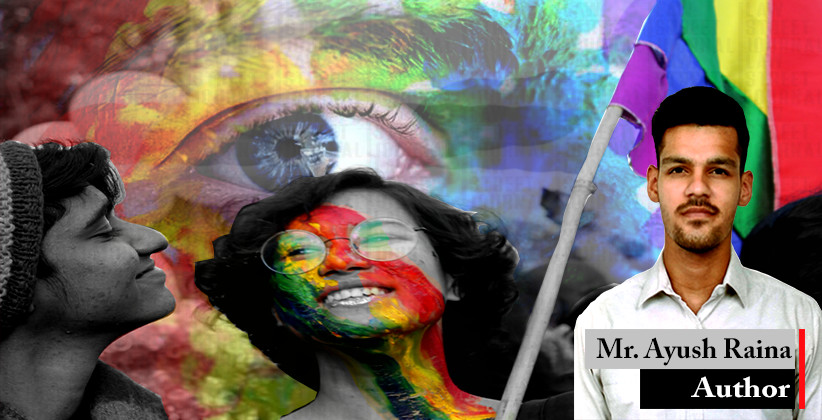 The Transgender Persons (Protection of Rights) Bill, 2019 has been passed in Rajya Sabha on November 26, 2019 during the winter session of the Parliament. The bill was passed on August 5, 2019 in the Lok Sabha during the monsoon session of the Parliament and was coincided with the abrogation of Article 370 in the state of Jammu and Kashmir. The Bill received assent from President Ram Nath Kovind on December 5, 2019 and was made into a law.

The Transgender Persons (Protection of Rights) Act, 2019 seeks to provide a framework to empower Transgender persons in social, economic and educational fields and is also intended to benefit the Transgender Community.

The Supreme Court of India had directed in National Legal Services Authority v. Union of India and OthersAIR 2014 SC 1863that the transgender community must be recognised as a third gender along with male and female and it has also been directed by the court that both the Centre and State Governments should frame such schemes for the welfare of the transgender community i.e. taking measures to provide medical care facilities and reservations.

HIGHLIGHTS OF THE ACT

CRITICISM AGAINST THE ACT

The Act has serious flaws because of the inherent lack of understanding of gender.

The Act is supposed to be the result of the judgment of the Supreme Court in the 2014 NALSA case, mandating the central and state governments to ensure legal recognition of all transgender persons and effective steps for their welfare, but it has left more questions unanswered than the concerns it aims to addresses. The Transgender Persons (Protection of Rights) Act, 2019 covers all but the Community's rights. The judgment specifically states that gender self-determination is an intrinsic part of personal liberty and falls within the scope of personal freedom guaranteed by the Indian Constitution. A select committee should be formed and the Act should be revised. A select committee will scrutinize the Act again and can suggest various amendments required. In view of the issues and other essential flaws mentioned above, the Act requires reconsideration in its current form as the Act may not be of much help to the transgender community in its present form.

About the Author: Ayush Raina is a final year law student from the Maharaja Sayajirao University of Baroda, Gujarat.

Mr. Raina has previously worked as an intern in various law firms. His areas of interest include Constitutional law and Criminal law.