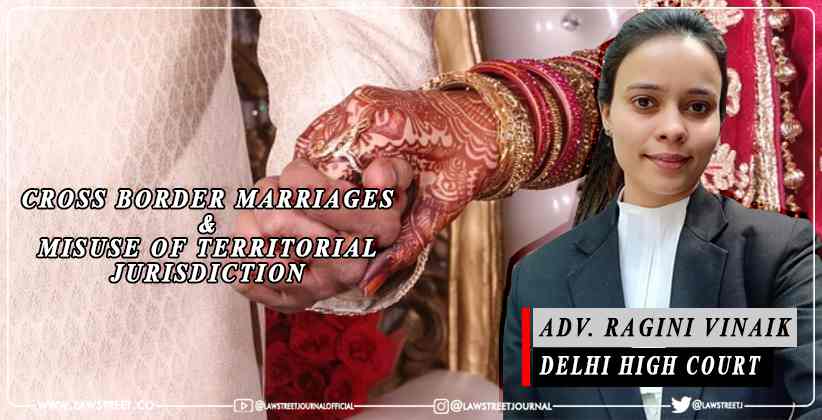 Marriage as an act unites families and nurtures an attitude of inclusiveness. With opportunities for living arising in foreign countries and vocation abroad, Indians have settled outside India after getting married in India. In such cases, the marriages performed within India as per the Hindu Rites and Customs have had innumerable cases of break downs over temperamental, financial or other differences. The rigors of Indian law pertaining to Hindu Marriage are sought to be bypassed and extra territorial divorce decrees of foreign courts are brought on record and sought to be enforced, manipulating the jurisdiction and maliciously avoiding responsibility towards the aggrieved spouse. There is enough case law governing such kind of situations, as we delve deeper into this article, such instances of deceit and fraud shall be clearly illustrated.

The Genesis of Origin: Domicile

The pertinent question which is to be enquired into first, is the domicile of the parties and what is the meaning of domicile. Although it is impossible to lay down an absolute definition of domicile, it is considered to be an intention to reside forever in a country where one has taken up his residence, it is an essential constituent element for the existence of domicile in that country. Any person upon birth, receives a domicile of origin which remains his domicile, wherever he goes, unless and until he acquires a new domicile. A new domicile is established by the domicile of choice along with the condition to remain there permanently.

In the case of, Central Bank of India Vs. Ram Narain, it was pointed out that if a person leaves the country of his origin with an undoubted intention of never returning to it again, nevertheless his domicile of origin adheres to him until he actually settles with the requisite intention in some other country.

Application of the Hindu Marriage Act, 1955 along with the Code of Civil Procedure, 1908

The Hindu Marriage Act, 1955, governs marriage and divorce amongst Hindus. This Act besides providing essentials for a valid marriage also provides various grounds of divorce. These include cruelty, desertion, conversion, etc. However, this Act does not recognise irretrievable breakdown of marriage as a ground of divorce. If the judgment falls under any of the clauses (a) to (e) of Section 13 of the Hindu Marriage Act, 1955, it will cease to be conclusive as to any matter thereby adjudicated upon. Under Section 13 (e), the Foreign Judgment is open to challenge ‘where it has been obtained by fraud.’ Fraud as to the jurisdiction is a valid consideration in the recognition of the decree passed by that Court. Instances of fraudulent jurisdiction cannot be overlooked and are to be dealt with appropriately, as per the prevalent laws.

Section 13 of the Code of Civil Procedure, 1908, clearly demonstrates exceptions to, “when a foreign judgement not conclusive.”

In matters pertaining to matrimonial disputes, unless the respondent voluntarily and effectively submits to the jurisdiction of the foreign court and contest the claim which is based on the grounds available in the matrimonial law, under which the parties were married, the judgment of the Foreign Court cannot be relied upon.

The courts shall have to exercise a residual discretion to avoid flagrant injustice for, no rule of private international law could compel a wife to submit to a decree procured by the husband by trickery. The relevant provisions of Section 13 of the Code of Civil Procedure are capable of being interpreted to secure the required certainty in the sphere of this branch of law in conformity with public policy, justice, equity and good conscience, and the rules so evolved will protect the sanctity of the institution of marriage and the unity of family which are the cornerstones of our social life.

Landmark Judgments of the Supreme Court of India :

In this case it was noted, residence does not mean a temporary residence for the purpose of obtaining a divorce but a habitual residence which is intended to be permanent for future as well. The jurisdiction assumed by the foreign courts as well as the grounds on which the relief is granted must be in accordance with the matrimonial law under which the parties are married. The Foreign Courts decree shall not be legally binding in circumstances when,

The Appeal was dismissed and the Learned Magistrate was directed to proceed with the matter and pass a decree expeditiously, within four months, therein.

In this case, the Respondent invoked the jurisdiction of the Nevada Court, by lying to it on the jurisdictional facts. Where a foreign decree was obtained by fraud, it was established with this case that, fraud at any stage vitiates legal proceedings. It is often said that law and fraud cannot co-exist. The applicant in this case, never lived in the same jurisdiction in which he filed the divorce case, he had made a false representation. It was held that the respondent had practiced fraud on the foreign court by concealing this fact. Therefore, the foreign court had no territorial jurisdiction. The foreign decree was declared invalid by the Supreme Court of India.

The two notable exceptions when a foreign decree of divorce is valid are :

The state must act as a welfare state to its people. As per Article 14 of the Constitution of India, both the persons in a marriage have the right of opting into marriage and opting out of marriage, i.e., dissolution of marriage. In a marriage, both the husband and the wife have a right as guaranteed in the constitution itself to determine the nature of their lives, different styles and ways of living, only under such circumstances does equal worth gets established between the partners. With upcoming divorce cases in foreign courts, which bypass the jurisdictional aspect, it militates against the essence of constitutional philosophy. One should not draw comfort from inaction of the person who did not participate in divorce proceedings. The implications of an invalid divorce may appear many years later and even may arise after the death of the person who got the invalid divorce from a foreign court. With the changing times, the laws governing such state of affairs should be viewed holistically and the precedents may be considered as the resolution to one’s dispute, in the absence of relevant provisions of the law, in a codified manner.