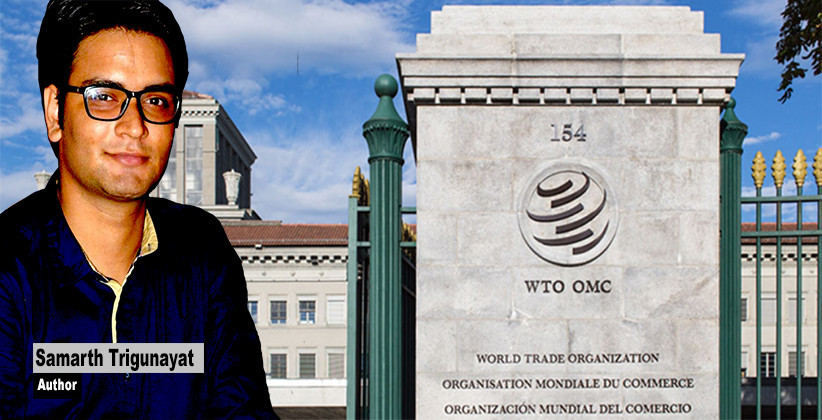 The World Trade Organization (WTO) came into existence in 1995 with over 128 member states. The objective behind establishing the institution was to ensure that economic endeavors of member states are conducted with a view to raise the standards of living, generate employment and to create a positive atmosphere for international trade.

One of the major developments of the 1948 General Agreement on Tariffs and Trade (GATT) approach was the establishment of a rule-based mechanism for resolution of trade disputes between member states. This mechanism came to be known as the Dispute Settlement Body (DSB) which was divided into two stages – one being the panel report and the other being the Appellate Body (AB).

Compared to other international adjudication mechanisms, the DSB has displayed an impressive performance. Out of over 500 cases brought before the DSB, nearly 150 cases have been appealed before the Appellate Body (AB). The Appellate Body comprises of seven members who are elected by the panel for a four years’ term.

For a dispute to be heard by the AB, a quorum comprising of at least three members is required. As of now, the total number of members in the AB has shrunk down to three, out of which two members are completing their term on December 10, 2019. As a result of continuous blockades by the United States (US), other members have not been appointed yet by the panel to the AB, consequently making it a dormant body. This has raised significant concerns in all the quarters of the world, be it the global north or the global south.

U.S. President Donald Trump has railed against the WTO, calling it a catastrophe and a disaster. His fears emerge from the fact that most of the judges are appointed from other countries because of which, US loses various disputes in the WTO.

Most of the economists on the other hand have disagreed with the views of the US. As per a report published by Reuters,  “trade experts say, the United States has a similar, if not better, lose-win rate than other countries that have taken complaints to the WTO, and it has a rare privilege in that the judges on the WTO’s Appellate Body have always included one American.”

The fears of the US against the delayed resolution of dispute might have some merit as they often take more than the prescribed ninety days to resolve a dispute, but the way it has been following its disruptive policies has raised concerned from nearly all the member states. Over 73 countries including India have filed their proposals jointly to address such reforms. These proposals have been continuously rejected by the US resulting in the fear of dismantling of the world’s largest trade organization.

Dismantling of the Appellate Body and the Implications for India

Despite opposition from various sections, during the accession of India to the WTO in 1994, the WTO’s role in reforming India’s economy has been pivotal. As an institution based on the mandates of rule of law, the WTO offers a forum for most of the developing and under developed countries to bring forth their issues, irrespective of their size and political or economic prowess.

This essentially means that a country as small as Antigua and Barbuda can bring a case against a global power like the US. As a rule-based institution, preference in terms of political prowess is never granted to the global giants unlike the other global institutions such as IMF, UNSC, etc., which have systematically incorporated this preference-based approach in their mechanism.

For India, the relevancy of WTO has been questioned in the past, yet what cannot be ignored is the number of times India has used the dispute settlement mechanism of the WTO. Out of 56 cases, India has been the complainant in 24 cases and the respondent in 32 cases.

One of the significant features of WTO was to allow third party submissions (art. 10.2 of the Dispute Settlement Understanding) in the disputes, neither in the capacity of a complainant nor a respondent but merely on the grounds of existence of “substantial interests” in the dispute. India has utilized this provision for over 160 times.

The WTO has also helped India to integrate much deeper into the global value chains of production. As far as exports are concerned, in just 10 years from its establishment in 1995, India has almost doubled its exports from 26.3 billion USD in 1995 to 51.7 billion USD by the end of 2005. As a member of WTO, India has also undertaken various domestic reforms which ultimately made it more competitive in the global trade order.

As a matter of fact, one of the most hailed achievements of the WTO was to ensure an effective and rule-based dispute resolution process, free from political influences of the global superpowers. A blow to the DSB will not only make the entire institution toothless but also ensure its total demise in the long run.

For India, it is crucial to save the AB, as recently after losing export subsidies case to the US in panel hearings, India has decided to move an appeal. However, if the AB is rendered dormant due to non-appointment of members, the existing backlogs of trade disputes will make it problematic for India to seek resolution of its issues on a priority basis.

As per various reports, free trade essentially ensures decline in poverty, creation of wealth and employment which ultimately results in better standards of living across the globe. As the guardian of free trade in the international arena, it becomes important at this juncture to save the organization from such existential threats.

Even the countries which opted for protectionism over free trade, ultimately shattered and became members of WTO to ensure better standards of living (See Russia’s example which became a member of WTO in 2012).

For short term, things might seem beneficial for India as many of its disputes are pending in the AB, and for the time which they are pending no compliance proceedings can be initiated against India. But as experts have continuously remarked that short term gains should not render the entire institution toothless, India along with other member states should try to end this crisis for the greater good, as soon as possible.

About the Author:  Samarth Trigunayat is a Young Professional (Legal) at Ministry of Commerce and Industry, Government of India.

Mr. Trigunayat completed his LLM from South Asian University, New Delhi which was established by SAARC member states to encourage cooperation by means of education. He has previously worked as Assistant Professor at Shree Guru Gobind Singh Tricentenary University, Gurugram, India. His areas of interest include International Trade, International Investment and Feminist Jurisprudence.

The author can be contacted at: lawyer.samarth@gmail.com