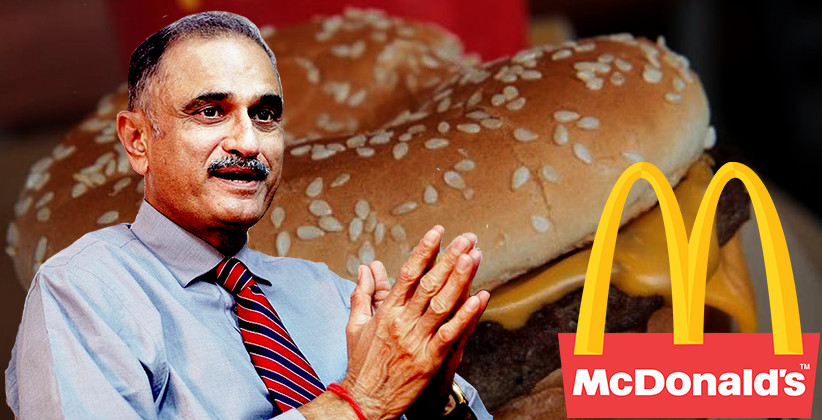 The settlement of a six-year dispute between McDonald’s India and Vikram Bakshi may be in jeopardy, as the National Company Law Appellate Tribunal (NCLAT) on September 18, 2019, said that it would review – and may even reverse – their agreement.

The Tribunal said the two sides had failed to obtain its approval for their settlement and the deal appeared to violate an order of the Debt Recovery Tribunal (DRT) in proceedings initiated by state-owned Housing and Urban Development Corporation (HUDCO) against Bakshi.

The Tribunal ordered Bakshi not to leave the country without informing it or the DRT.

“As we find that the parties have reached agreement which has not been approved by this appellate tribunal, prima facie being against the interim order of DRT, we are of the view that the parties should not implement such agreement nor leave this country without intimating the Debt Recovery Tribunal or this appellate tribunal,” a two-member NCLAT Bench led by Justice S.J. Mukhopadhaya said.

Bakshi has transferred his 50% stake in Connaught Plaza Restaurants Pvt Ltd (CPRL), which operates McDonald's chain in north and east India, to the US-based fast food major and both are seeking to withdraw cases filed against each other before the NCLAT after entering into an out-of-court settlement.

However, the move was contested by HUDCO which is claiming dues of ₹195 crore from Bakshi.

Hearing an intervention plea by HUDCO, the NCLAT said it may reverse their agreement and the transfer of shares if it finds the deal violated the DRT’s order.

The DRT prohibited Bakshi from selling shares in CPRL in a case filed by HUDCO for the recovery of loans advanced to his hospitality business, Ascot Hotels, and had directed him to pay HUDCO Rs 195 crore.

The NCLAT had previously advised Bakshi and HUDCO to reach a settlement so that the tribunal could approve the agreement between McDonald’s India and Bakshi.

HUDCO, represented by solicitor general Tushar Mehta, however, said HUDCO could not settle for an amount less than the Rs 195 crore determined by the DRT.