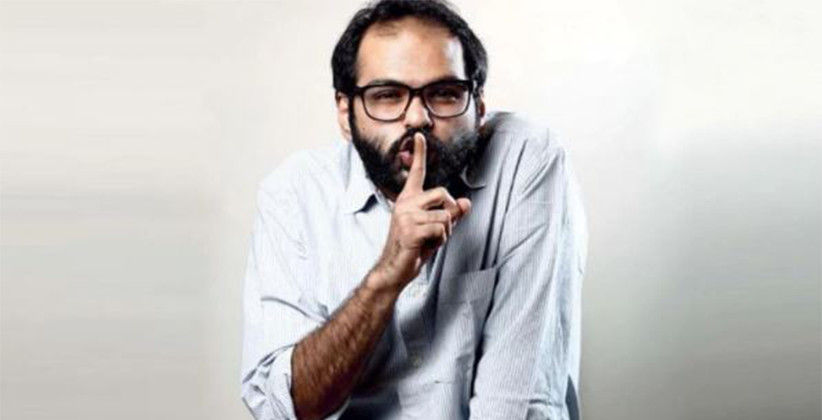 Standup comedian Kunal Kamra has issued a legal notice to IndiGo airlines today (February 1, 2020) against the travel ban of 6 months imposed on him. IndiGo had imposed the travel ban after he allegedly heckled journalist Arnab Goswami aboard IndiGo flight 6E 5317 from Mumbai to Lucknow.

Soon after the video surfaced online, Civil Aviation Minister Hardeep Puri tweeted, “Offensive behaviour designed to provoke & create disturbance inside an aircraft is absolutely unacceptable and endangers safety of air travellers. We are left with no option but to advise other airlines to impose similar restrictions on the person concerned.”

The controversy arose after Kunal Kamra posted a video on his twitter handle, in which he is heard making a monologue in front of Goswami wherein he is seen asking the journalist if he is a “coward or a journalist”.

The legal notice, issued through Advocate Prashant Sivarajan, Partner at Lawmen and White calls the ban an “illegal, high-handed and arbitrary action taken” against Kamra and demands an unconditional apology from the airline in all leading newspapers as well as electronic media and all social media platforms currently being operated by the airlines.

Apart from this, a compensation of Rs. 25,00,000 has been demanded from the airlines on account of the mental pain and agony suffered by him as well as cancellation of his scheduled shows and programmes in India as well as abroad.

The notice also demanded actions against the officials who took the decision. The notice says that the action was in abrogation of the Directorate General of Civil Aviation's (DGCA) Civil Aviation Requirements (CAR) as notified under Rule 133A entailing imposition of penalty under S. No.13 of Category III of Schedule VI of the Aircraft Rules, 1937.

The legal notice states that Kamra's tiff with Goswami was an exercise of his right to freedom of speech and expression as enshrined in Article 19(1)(a) of the Constitution of India, 1949.

The notice also states that freedom to travel, both within and outside the confines of India, has been regarded as an important part of the expression “personal liberty” occurring in Article 21 of the Constitution.