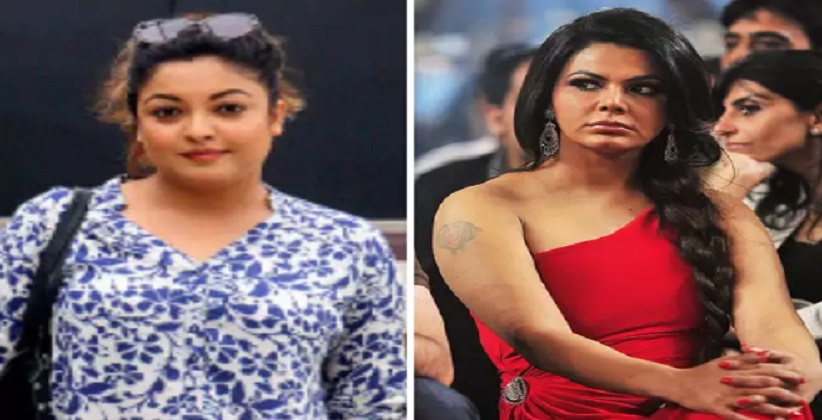 Actor Tanushree Dutta, who has recently come into the limelight after she alleged veteran actor Nana Patekar for sexual harassment, has filed a Rs. 10 crore defamation lawsuit against Rakhi Sawant.

After the sexual harassment allegations were first made a few weeks ago, Rakhi had taken Patekar’s side and said that Tanushree was seeking fame. Tanushree’s lawyer in a statement to a news channel said that “we have filed a criminal and civil defamation case against Rakhi Sawant for maligning my client’s character and image.”

Rakhi, who replaced Tanushree on the film in which the alleged harassment took place, had previously said that “these are fake allegations on Nana Patekar ji and Ganesh Acharya (choreographer).”

Tanushree had alleged that Nana Patekar, a National Award-winning actor, had made her feel uncomfortable on the sets of the 2008 film Horn OK Pleassss by inserting lewd dance steps at the last moment and threatening her with goons. “Tanushree Dutta has gone mad. She was in a coma for 10 years. She has just woken up after a coma of 10 years. I don’t like saying such things about a woman. I respect women. But this Tanushree Dutta who has returned from America after 10 years is vomiting such things, because she has exhausted all the money from her bank account and has no work, has nothing and is blaming Nana Patekar ji. She is talking about the past, which has nothing to do with the incident. Nothing of this sort ever happened. If something like this would have happened...have you seen my song with Nana Patekar...he did not even touch me a little,” Rakhi said.

Tanushree’s allegations have inspired several other women to speak out against their alleged harassers in the film industry. Since then, Bollywood personalities such as directors Subhash Ghai, Sajid Khan, Rajat Kapoor, Vikas Bahl, actor Alok Nath, musicians Anu Malik and Kailash Kher, among many others have been named.

Tanushree has also filed a police complaint against Patekar, who has denied all allegations and has quit the film he was working on, Housefull 4.