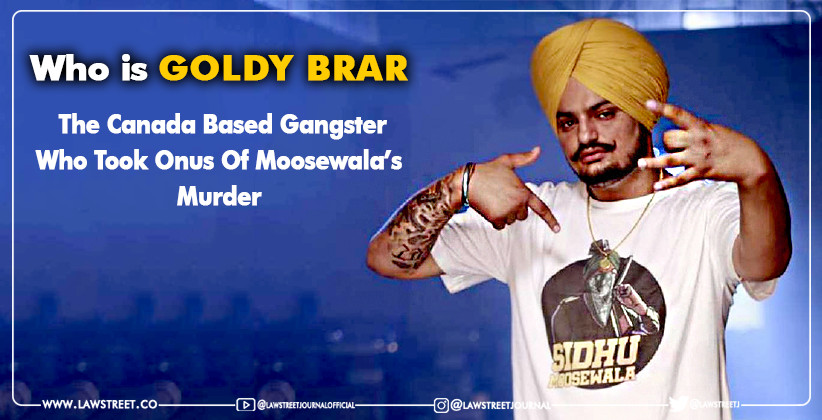 On Sunday, Punjab DGP VK Bhawra said that Goldy Brar, a gangster from Canada, was responsible for the murder of singer-turned-politician Sidhu Moosewala in Mansa today. The murder has been assigned to Goldy Brar, a member of the Lawrence Bishnoi gang.

While addressing a press conference, the DGP said that the killing was linked to the murder of student leader and Youth Akali Dal member Vicky Middukhera, who was gunned down on May 4 last year, according to the investigation so far. Shaganpreet Singh, Moosewala's former manager, was one of the suspects in Middukhera's murder. The four assailants were said to have stayed at his residence. The Punjab Police questioned Shaganpreet, but he was not arrested in the matter. He subsequently fled to Australia.

Goldy claimed in a Facebook post that Moosewala was involved in the murders of their friends, Middukhera and Gurlala Brar. According to the DGP, at least 30 bullets were fired from several guns during the incident.

“We have formed a special investigation team (SIT) under the supervision of the Bathinda IG to investigate the case further.”

Mansa SP (Investigation) Dharamveer Singh, Bathinda DSP (Investigation) Vishawajeet Singh, and Mansa CIA incharge Prithipal Singh are among the SIT members. The security protection at Moosewala has been lessened, according to the state police chief, in order to free up officers for deployment for the Operation Bluestar anniversary next month.

According to the DGP, Moosewala, Gurwinder Singh (a neighbour), and Gurpreet Singh (cousin) left their home around 4.30 p.m. When the attack happened, Moosewala was driving his Mahindra Thar. As per the DGP, Moosewala was followed by a white Corolla when he arrived in Jawahar Ke village. Two vehicles, including a white Bolero and a dark grey Scorpio, intercepted him from the front.

The DGP has instructed the IG (Bathinda Range), Mansa SSP Gaurav Toora, and Bathinda SSP J Elanchezian to camp in Mansa, while the ADGP (Law and Order) has mobilised the necessary force to capture the murderers.

Who is Goldy Brar?