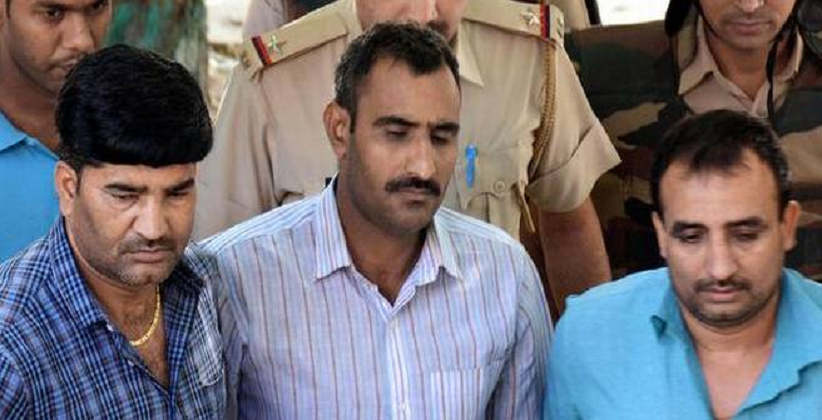 Four days after a security guard killed the wife and injured the son of a judge in a crowded market area in Gurugram, the police said that the shooting was the result of a sudden provocation.

Deputy Commissioner of Police Sumit Kuhar said the personal security officer (PSO) Mahipal Singh Yadav lost his temper when the judge’s wife and son scolded him on October 13, 2018, for being untraceable after they had finished their shopping.

“The mother and son had asked Mahipal to wait near the car until they came back. But on returning, they did not find him, the officer said. When he came back, they scolded him for not being near the car. Dhruv later asked him for the car keys,” DCP Kuhar told reporters on October 17, 2018.

“Mahipal started to manhandle Dhruv in the car and shot at him once he stepped out. When his mother Ritu came to his rescue, Mahipal fired on her too,” the officer added.

Clearing out earlier reports, the DCP said that the security guard is mentally sound and has not changed his religion.

Mahipal’s uncle Daan Singh, told TV channels that Mahipal took extreme step possibly because he was angry over the denial of his repeated pleas for leave to attend to his seven-year-old daughter, who was seriously ill.

He had received repeated calls from his wife to reach home early to take his daughter to the doctor, Singh had said in his home town Rewari. But the judge had rebuked him for this, the uncle said. Daan Singh also accused the judge and his family members of mistreating his nephew who resented being ordered to run errands for them.